The Underground Girls of Kabul author will speak at Iowa State Feb. 5 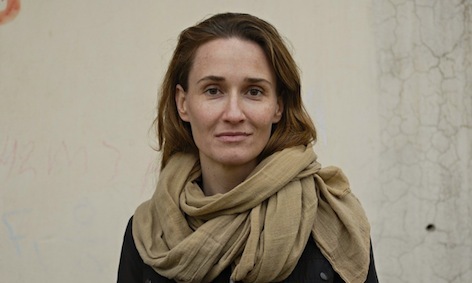 Jenny Nordberg. Photo by The Guardian.

Jenny Nordberg will present "The Underground Girls of Kabul" at 8 p.m. Thursday, Feb. 5, in the Memorial Union Sun Room. Her talk is part of the university's World Affairs Series: Redefining Global Security. It is free and open to the public.

Nordberg is a foreign correspondent and columnist for Swedish national newspaper Svenska Dagladet. She has worked with The New York Times' investigative reporting unit on a story about U.S. efforts to export democracy to Haiti, and a Pulitzer Prize-winning series examining the American freight railroad system.

In 2009, Nordberg discovered the longstanding practice of bacha posh, which is not uncommon in gender-segregated Afghanistan. Her story detailing how and why families choose to raise daughters as sons was published on the front pages of The New York Times and the International Herald Tribune in 2010. After five years of research, Nordberg's book, "The Underground Girls of Kabul," was published in 2014. It reveals new aspects of the bacha posh practice and delves into the perilous situation for women in Afghanistan, a society that "undervalues daughters and demands sons at almost any cost."

Nordberg also produced and wrote several documentaries for American television about Iraqi refugees, Pakistan's nuclear proliferation and the impact of the global financial crisis in Europe. In Sweden, Nordberg was a member of the first investigative team at Swedish Broadcasting's national radio division, where she supervised projects on terrorism and politics. She has won awards from Investigative Reporters and Editors, The Robert F. Kennedy Center for Justice and Human Rights, and Föreningen Grävande Journalister. Nordberg holds a bachelor's degree in law and journalism from Stockholm University and a master's from Columbia University's Graduate School of Journalism.

Nordberg's lecture is co-sponsored by the Greenlee School of Journalism and Communication; the departments of Anthropology, Human Development and Family Studies, and Sociology; International Studies; Women's and Gender Studies; World Affairs; and the Committee on Lectures, which is funded by the Government of the Student Body. 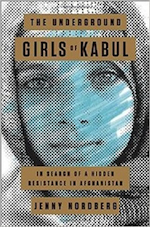