AMES, Iowa – A research team including Iowa State University and United States Department of Agriculture - Agricultural Research Service (USDA-ARS) personnel has identified genetic structures in corn that may shed light on how crops respond to floods and other environmental stresses.

ISU and USDA-ARS researchers, working with personnel at Florida State University and the University of Florida, scanned the genome of maize for elements known as G-quadruplexes, four-stranded sequences of nucleic acids involved in protecting the ends of chromosomes and implicated in gene regulation.

It’s the first genome-wide study of G-quadruplexes in maize, and the work could have implications for the development of corn varieties that better handle stress, said Carson Andorf, one of the authors of the study who worked on the research as an ISU Ph. D. student in computer science.

Andorf, now a collaborator professor in the ISU Department of Computer Science and an information technology specialist for the USDA-ARS, said the G-quadruplexes may act in a mechanism that turns on genes central to stress response or turns them off to save energy when there’s no environmental stress present. He likened the structures to a light switch for the expression of genes related to stress.

“We found a preponderance of these G4 structures in genes related to stress,” Andorf said.

In all, the research team found around 150,000 maize sequences that could have G-quadruplex structures. The strategic placement of the structures leads Andorf to suspect that they have some relationship to how plants respond to an energy crisis. Such a crisis may occur if a plant runs low on oxygen during a flood or if the plant runs low on sugar.

Andorf said much of the work for the study was computational. Researchers had to locate specific patterns in the corn genome that showed signatures of G-quadruplexes. The experimental portion of the research confirmed that the predicted sequences actually form 4-stranded G-quadruplex structures.

“Carson uncovered a highly conserved role for G4 DNA elements in regulating stress response in plants that appears to play a similar role even in animals,” Dobbs said. “These findings expand our fundamental knowledge about stress biology and could have agricultural and clinical applications in the future.”

“Our research team involved individuals at Iowa State and the USDA-ARS, two organizations with a long history of working together, to enable agricultural improvement, as well as our collaborators Hank Bass at Florida State and Karen Koch at the University of Florida,” Lawrence said. “These findings may prove key to developing crop varieties resilient to stress, especially flood tolerance.”

The research appeared as the cover article in the December issue of the Journal of Genetics and Genomics, a peer-reviewed academic publication. 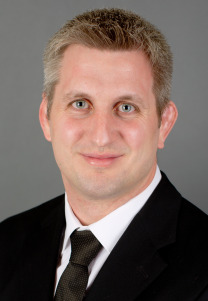 A research team including Iowa State University and U.S. Department of Agriculture personnel has identified genetic structures in corn that may shed light on how crops respond to floods and other environmental stresses.