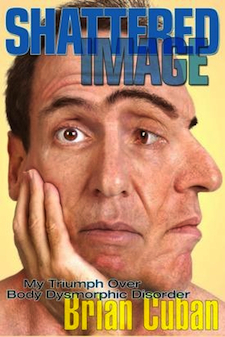 Brian Cuban will present "Shattered Image: Eating Disorders and Body Dysmorphic Disorder" at 7 p.m. Thursday, Feb. 19, in the Memorial Union Sun Room. His talk is free and open to the public.

Body dysmorphic disorder is a disease in which the sufferer is preoccupied with a distorted sense of self image, and is often afflicted with depression, addiction and eating disorders. Believed to affect as much as 2 percent of the population, the illness strikes men and women nearly equally.

Cuban is a lawyer, TV-host and author. For more than 30 years, he became increasingly preoccupied with his negative self-image and obsessed with fixing his perceived flaws at any cost. His book, "Shattered Image: My Triumph Over Body Dysmorphic Disorder," chronicles the bullying he experienced as a child and the behaviors that gradually led to depression, alcoholism, drug addiction, eating disorders and attempted suicide at the age of 44. Cuban speaks regularly about his recovery and about breaking the eating disorder stigma for males.

Cuban also will speak at the Eating Disorders Coalition of Iowa's "Eating Disorder Awareness Day" program at 10 a.m. Saturday, Feb. 21, in the Des Moines Area Community College Southridge Center, 1111 E. Army Post Road. Events begin at 9:30 a.m. and include a continuing education session for professionals and breakout sessions for the public. Information is at http://www.edciowa.com/

The following are the additional on-campus activities for National Eating Disorders Awareness Week at Iowa State.

In this 2012 MTV documentary film, teen superstar Demi Lovato shares her most private moments of her very public recovery from an eating disorder. Suffering from depression and struggling with body image, Lovato had turned to drugs and cutting herself. In the film, she returns to the treatment facility she credits with saving her life. Lovato speaks candidly about her experiences there and her ongoing recovery.

A party in honor of you and your body will feature biofeedback, dancing, smoothies and vendors for self-care products and services. A life-size Barbie will be built to demonstrate how disproportioned she would be if she were an actual woman (39-inch bust, 18-inch waist and size 3 shoe).

Alison St. Germain, a registered dietitian and clinician in food science and human nutrition, will talk about the struggle finding balance between training and nourishing our bodies.

Eunice Bassler, a registered dietician and senior lecturer in food science and human nutrition, will explain mindful eating. It is eating with intention and attention to create awareness of your physical and emotional cues; and learning to eat slowly, savor and enjoy the food to achieve maximum satisfaction. These practices lead to eating the appropriate amount of food for one’s body. Bassler will lead the audience through a delightful tasting experience to demonstrate.

Cuban's lecture and the week's other events are co-sponsored by the Department of Athletics, Eating Disorder Coalition of Iowan, Inter-residence Hall Association, Department of Kinesiology and the Committee on Lectures, which is funded by the Government of the Student Body.

All events are free and open to the public