AMES, Iowa -- A Mayo Clinic physician-researcher who is a leading voice in the world of exercise physiology will speak at Iowa State University on Thursday, March 5.

Dr. Michael Joyner will present "Physical Inactivity: Should We Consider It a Disease?" at 8 p.m. in the Memorial Union Great Hall.  Joyner is the Department of Kinesiology's 2014-15 Pease Family Scholar. His talk is free and open to the public.

A professor of anesthesiology at the Mayo Clinic in Rochester, Minnesota, Joyner's laboratory focuses on how humans respond to various forms of physical and mental stress during exercise. He and his team study how the nervous system regulates blood pressure, heart rate and metabolism in response to these forms of stress. They also are interested in how blood flow to muscle and skin responds to these stressors.

Joyner also studies the physiology of elite athletes, using data from real-world competitions to understand the limits of human physiology. And his laboratory participates in the study of how the peripheral circulation and autonomic reflexes adapt to physical stresses such as standing, exercise or body heating.

After earning his medical degree from the University of Arizona, Joyner completed his residency and research training at Mayo. A leading researcher in his field, he has presented the Walter B. Cannon Lecture and the Edward F. Adolph Distinguished Lecture for the American Physiological Society, and the Joseph B. Wolffe Memorial Lecture for the American College of Sports Medicine. Joyner has served as a consultant to NASA and the National Institutes of Health, which has funded his research since 1993.

The Pease Family Scholar program was created in memory of Harvey and Bomell Pease. The endowment was established in 1991 by their son, Dean Pease, and his wife, Sally, to bring visiting scholars to the Iowa State campus. Dean Pease, who died in 1994, chaired the Department of Health and Human Performance from 1987 to 1990.

Joyner's lecture is co-sponsored by the Department of Kinesiology, the Pease Family Scholar-in-Residence and Scholarship, and the Committee on Lectures, which is funded by the Government of the Student Body. More information about ISU lectures is available online at http://www.lectures.iastate.edu, or by calling 515-294-9935. 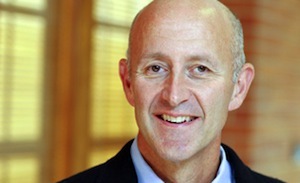 "Physical Inactivity: Should We Consider It a Disease?"
Dr. Michael Joyner