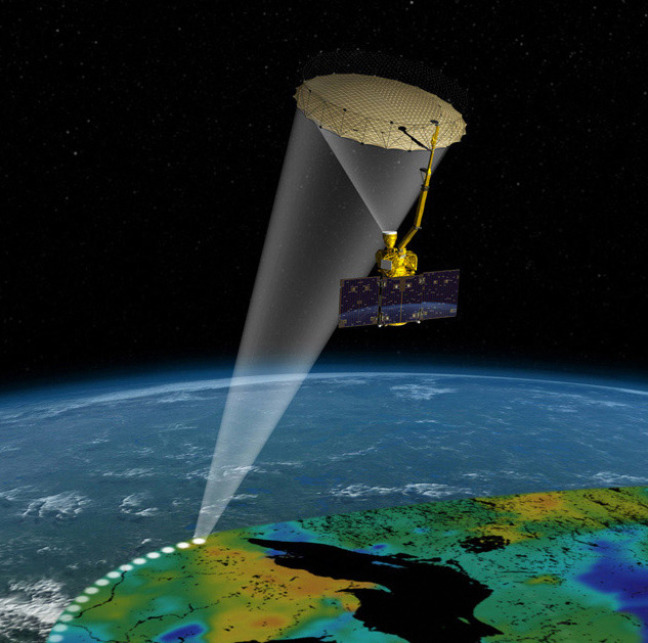 AMES, Iowa – It’s up there right now, orbiting the Earth about 426 miles above the planet’s surface.

Its mechanical arm has extended, and it’ll start to spin soon.  This summer, NASA’s Soil Moisture Active Passive (SMAP) satellite will begin tracking the moisture content of soil all over the world, laying the groundwork for a better understanding of weather and climate, especially as they relate to flooding.

And an Iowa State University agronomist helped make it happen.

The “active” capability hinted at in the satellite’s name refers to the ability to emit its own radiation, which then bounces off the Earth’s surface and is collected by the satellite’s instrumentation. The feature, which previous satellites lacked, will yield richer data, Hornbuckle said.

He’s received three different research grants from NASA over the years and worked on similar satellites in the past, including the European Space Agency’s Soil Moisture and Ocean Salinity (SMOS) satellite, which launched in 2009. The technology is still developing in many ways, but it’ll eventually have a big payoff, he said.

“The benefits could be great for Iowans,” Hornbuckle said. “When this kind of technology advances beyond the experimental stage into the operational stage, we’ll see better predictions for weather and our understanding of climate. We’ll have a better understanding of seasonal rainfall and flood prediction as well.”

Launched on Jan. 31, the SMAP satellite spent its first few weeks in orbit running diagnostics to make sure everything is in working order. Last week, its mechanical arm extended for the first time.

Part of Hornbuckle’s job will be to keep the satellite honest by validating the data collected by SMAP. The new satellite is programmed to make assumptions about cover vegetation during Iowa’s growing season that may introduce some errors into the data. Hornbuckle and his team will compare the satellite’s findings to actual soil moisture at an experiment site near Eldora.

“We don’t always have a good understanding of how water moves between the surface and the atmosphere,” Hornbuckle said. “We’re just kind of making guesses right now. But satellites like this will help us to fill in those blanks and gain a more accurate understanding of weather and climate.”

With the help of an Iowa State University agronomist, a recently launched NASA satellite will record moisture content in soil across the globe.

“The benefits could be great for Iowans. When this kind of technology advances beyond the experimental stage into the operational stage, we’ll see better predictions for weather and our understanding of climate. We’ll have a better understanding of seasonal rainfall and flood prediction as well.” 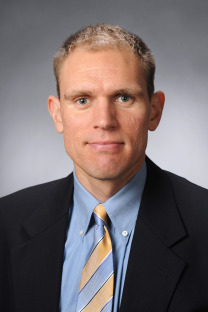