Wallace Huffman, Charles F. Curtiss Distinguished Professor in Agriculture and Life Sciences who contributed to the project, said the findings underscore the importance of efforts to educate consumers on the use of biotechnology in the production of healthful food.

“This is a complicated issue so it’s important for consumers to get information on how the technology works and its potential benefits,” Huffman said.

Acrylamide is a chemical compound that studies have linked to the formation of cancer in animals, and the FDA has encouraged Americans to cut back on foods that contain the substance. It accumulates naturally in starchy foods cooked at high temperatures, such as roasted nuts and coffee beans or the crusts of bread. Potato products like french fries and potato chips make up the biggest source of acrylamide consumption in the United States, Huffman said.

Potato growers have tried conventional plant breeding techniques to cut down on the formation of acrylamide, but biotechnology and genetic modification have yielded more promising results, he said.

For instance, participants were willing to pay $1.78 more for a five-pound bag of potatoes after they received information from a scientific perspective on hazards associated with acrylamide exposure and a potato industry perspective on dramatically reducing acrylamide in potato products using biotechnology. Likewise, the participants were willing to pay an extra $1.33 for a package of frozen french fries after they received materials explaining the scientific implications of human exposure to acrylamide.

“There was a really strong effect from the industry and scientific perspectives,” Huffman said. “Another interesting finding was that social and demographic concerns didn’t seem to matter regarding willingness to pay for genetically modified products.”

The study included approximately 300 people in the Boston, Los Angeles and Des Moines areas. The subjects participated in an experimental auction market for various potato products both before and after receiving informational materials on acrylamide and the biotechnology used to reduce its formation. Each participant received some combination of information from the perspective of potato growers, food scientists and environmental groups.

While scientific and industry perspectives had a substantial effect on consumers’ willingness to buy genetically modified products, the environmental information had a negative impact, Huffman said.

Huffman was one of 24 investigators on the project, which was funded jointly by the U.S. Department of Agriculture’s National Institute of Food and Agriculture and the University of Wisconsin. ISU economics graduate assistants Jonathan McFadden and Katie Lacy also contributed to the project.

New research from an Iowa State University economist found consumers were willing to spend more for biotech potato products with reduced levels of a chemical compound linked to cancer.

“This is a complicated issue so it’s important for consumers to get information on how the technology works and its potential benefits.” 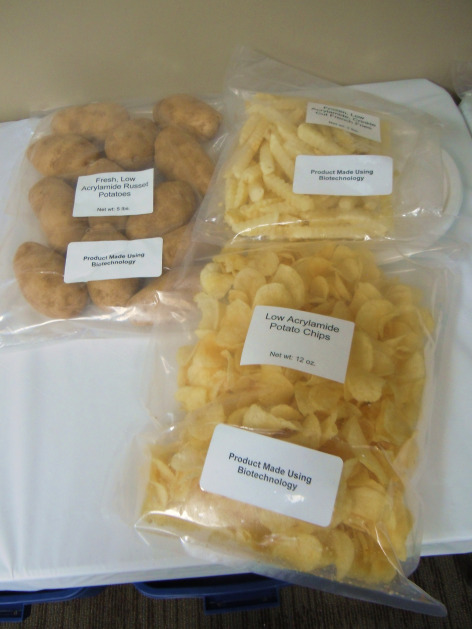 An ISU economist found consumers who participated in a recent study were willing to spend more for potato items, like those pictured, produced using biotechnology to reduce the formation of acrylamide. Photo courtesy of Wallace Huffman. Larger image. 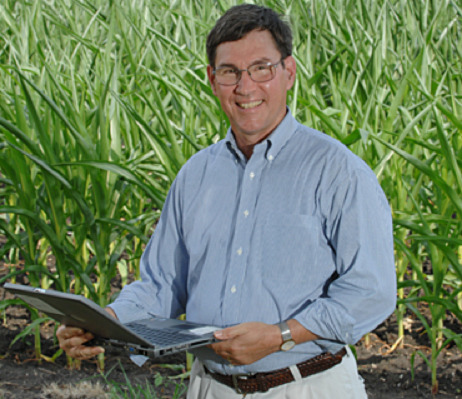