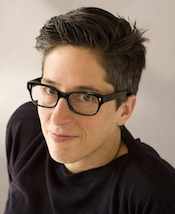 AMES, Iowa — A cartoonist and recipient of the MacArthur "Genius" Award will speak at Iowa State University.

Alison Bechdel will present "Drawing Lessons: the Comics of Everyday" at 8 p.m. Thursday, April 9, in the Memorial Union Great Hall. Her talk is free and open to the public.

Bechdel has had a 30-year career writing, drawing and self-syndicating the comic strip "Dykes to Watch Out For." Her generational chronicle ran regularly in more than 50 LGBT publications in North America and the United Kingdom.

Bechdel also is the author of two graphic memoirs. "Fun Home" (2006) was adapted as a musical and named one of the best books of the year by The New York Times, The Times of London, Publishers Weekly and Time magazine. It was a finalist for the 2006 National Book Critics Circle Award in the memoir/autobiography category. In 2012, she wrote a second graphic memoir, "Are You My Mother?: A Comic Drama."

Bechdel is a 2014 MacArthur Fellow, a five-year grant to individuals who show exceptional creativity in their work and the prospect for still more in the future. The fellowship is designed to provide recipients with the flexibility to pursue their creative activities without obligations.

Multicultural Student Programming Advisory Council, Women's and Gender Studies Program and the Committee on Lectures, which is funded by the Government of the Student Body.

"Drawing Lessons: the Comics of Everyday" 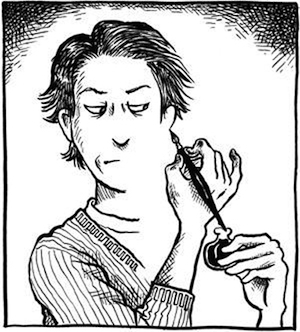