More than a promise: ISU 4U aims to offer more than financial assistance 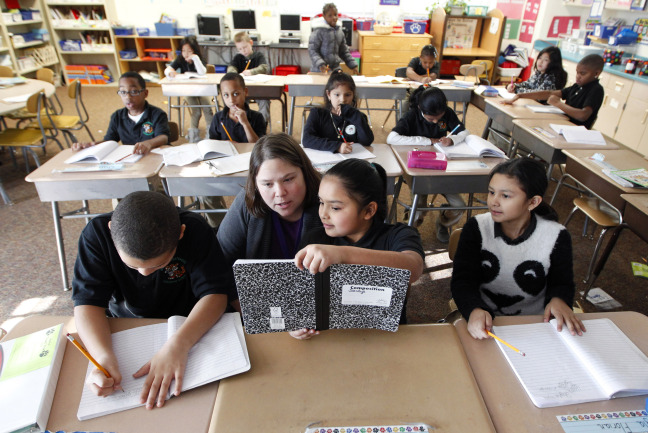 ISU 4U is one of the only promise programs to work with students in early elementary school to make sure they are prepared for college. Photos by Christopher Gannon (Larger image)

AMES, Iowa – The promise of free tuition is a powerful incentive for students who otherwise could not afford a college education, but eliminating that financial barrier is just the first step to making the ISU 4U Promise program a true success.

To realize the full benefit of a tuition award, it is imperative that students at Moulton Extended Learning Center and King Elementary School in Des Moines are prepared for college, said Katherine Richardson Bruna, director of ISU 4U and an associate professor of education at Iowa State University. It will take a holistic approach to do that, and that’s what makes ISU 4U different.

“It’s not enough to promise financial help if students are not prepared and are at risk of not completing college. Incentives like tuition awards can be effective in getting students to college, but they do not compensate for lack of academic preparation – students need to feel successful in their studies if they are going to stay,” Richardson Bruna said. “We have to do more than just get these students here; we have to keep them here.”

To make sure that happens, ISU 4U is one of, if not the only, promise program to target students in early elementary school, Richardson Bruna said. Students and parents will receive information as early as pre-kindergarten to understand what they must do to qualify. That early connection is critical to guarantee students are on a college prep track as they progress through their academic careers.

ISU 4U has no restrictions based on income levels, academic interests (such as science and math) or achievement scores – all King and Moulton students qualify. As long as students do well in school, maintain a positive school record and meet ISU’s admission requirements, they’ll receive a tuition award based on years of enrollment at King or Moulton.

In the two years since ISU 4U was announced, Iowa State has built partnerships with Des Moines Public Schools and the community organizations Creative Visions and Children & Family Urban Movement to capitalize on existing support systems to help students and their families. ISU’s School of Education has taken a lead role, but a network of campus collaborators (ISU Extension and Outreach, Human Development and Family Studies, Financial Aid, Community and Regional Planning) are also involved in the effort.

If all these pieces come together as Richardson Bruna envisions, the impact could reach far beyond the number of students who will graduate with a college degree. She sees the potential for greater stability in the schools and neighborhoods, future economic transformation and the opportunity to break the cycle of poverty for some families. It may sound like a lofty goal, but consider this example of how such an investment can work.

Seeing what the future can hold

Austin Castillo-Leovan wants to be a role model for kids in the Des Moines neighborhood where he grew up. It’s more than a sense of obligation for the Iowa State freshman. Castillo-Leovan’s desire to give back is genuine and shaped by the mentors who helped him see college could be a reality.

“So many kids don’t see what their future can hold. Growing up, I saw my life as average. But once I gained the knowledge, I realized my life could be more than average,” Castillo-Leovan said. “Knowledge is power and it breaks the cycle.”

He credits Children & Family Urban Movement, also known as CFUM, for giving him that knowledge. The youngest of four children, Castillo-Leovan says his immigrant parents worked tirelessly to provide for him and his siblings and they have constantly pushed him to get an education to better his life.

CFUM offered Castillo-Leovan more than just a safe place to go before and after school while his parents were at work. The organization’s focus on academics, specifically literacy, helped him do well in school and opened his eyes to all he could achieve. CFUM also led to his involvement with ISU’s Science Bound and a college scholarship.

“I wouldn’t be the man I am today without CFUM,” he said.

The geology major sees no limits to what the future might hold. He’s not only an inspiration for King and Moulton students, but an example of why a strong support network is needed. Castillo-Leovan says kids growing up in an urban neighborhood see few examples of college graduates.

“A lot of people don’t understand that there are a lot of outside variables at play. It all affects how you see success and how to achieve goals. If you don’t see it, it’s not so easy to achieve an education,” Castillo-Leovan said.

Iowa State will provide a variety of academic resources for the schools, Creative Visions and CFUM. But Richardson Bruna understands this is a two-way street. Campus collaborators want to learn just as much from the students and community partners. This mutual relationship adds an expanded dimension to the concept of extension and outreach, Richardson Bruna said.

“We want to be a resource for these schools and families and be responsive to their needs,” she said. “We also want to learn from them and the knowledge they have to offer that can help us prepare more effective educational professionals. ISU 4U is not intended to be a prescription or an imposition; it’s a relationship.”

Recognition of that need for a two-way relationship is what convinced Carmen Lampe Zeitler, executive director of CFUM, that ISU 4U can have a real impact. The Moulton and King communities have been part of past partnerships with colleges and universities, but many were short-lived or ran out of funding, Lampe Zeitler said.

“There has to be that trust factor that students and parents know something really is going to happen, that this is long term. It’s just hard for people who live with the stresses of poverty to get their heads around this idea,” Lampe Zeitler said. “If your focus is month-to-month – paying the rent, or keeping the car running – it’s really hard to think six or seven years down the road.”

Children & Family Urban Movement works with students before and after school to improve reading and math skills. (Larger image)

That’s where CFUM can help educate parents and students about the opportunities ISU 4U has to offer. Lampe Zeitler says parents need to see the benefit and trust they’ll receive tuition assistance if their kids stay at Moulton or King. As a result, this will improve school stability – Moulton’s mobility rate is around 50 percent – and guarantee students have access to academic support and resources.

Combining the investment of ISU 4U with CFUM’s capacity to support students – like Castillo-Leovan – is what will make it a lasting partnership, Lampe Zeitler said. She’s also encouraged by the fact that Iowa State faculty and staff look at the community and see potential, not just poverty.

“Every day we see potential. Families are working hard to provide for their children and give them all that they need. I think even parents who have the economic resources struggle to support their children in all the ways children need to be supported. We all need a community that helps us,” Lampe Zeitler said.

The first students to earn a tuition award, which could happen in the fall of 2017, will mark a significant milestone for ISU 4U. But the real payoff for Richardson Bruna will come 10, 15, even 20 years from now when she can see the ripple effect in the community and at Iowa State.

She is hopeful that collaborations with ISU’s Department of Community and Regional Planning can help tackle issues such as safe, affordable housing – an issue that contributes to the mobility of students and their families. Or that future teachers will want to teach at King and Moulton because of their student teaching experience and will feel better prepared from working with administrators and teachers at the two schools.

There are also the opportunities and partnerships that have yet to develop as more people and organizations learn about ISU 4U. Richardson Bruna recognizes there will be challenges along the way, but with time and hard work she believes ISU 4U has the potential to impact a lot of lives.

The promise of free tuition is a powerful incentive for students who otherwise could not afford a college education, but eliminating that financial barrier is just the first step to making the ISU 4U Promise program a true success. To realize the full benefit of a tuition award, it is imperative that students at Moulton Extended Learning Center and King Elementary School in Des Moines are prepared for college. It will take a holistic approach to do that, and that’s what makes ISU 4U different.

“It’s not enough to promise financial help if students are not prepared and are at risk of not completing college...We have to do more than just get these students here; we have to keep them here.”

Katherine Richardson Bruna, director of ISU 4U and associate professor of education 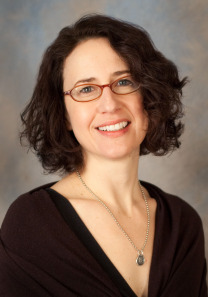