AMES, Iowa — Iowa State University student organizations will host a showing of "The Hunting Ground," a new documentary film about sexual assault on college campuses in the United States. A Q&A discussion about university and community response services available to students will follow the film.

The film will be shown at 7 p.m. Wednesday, April 15, in the Memorial Union Great Hall. Part of the "It's on Us" campaign, the presentation is free and open to the public.

"The Hunting Ground," a 90-minute film, weaves together verité footage and first-person testimonies of sexual assault survivors on U.S. campuses. A Q&A discussion about Iowa State University and Ames community response services available to students will follow the film. Iowa State President Steven Leath and the university's Chief of Police Jerry Stewart will provide opening remarks. Steffani Simbric, coordinator of the Story County Sexual Assault Response Team, and others, will participate in the closing Q&A discussion.

Presentation of "The Hunting Ground" is co-sponsored by the Collegiate Panhellenic Council, Government of the Student Body (GSB), Inter-Residence Hall Association, Interfraternity Council, "It's On Us" campaign, Student Union Board, the YWCA Ames/ISU and the Committee on Lectures, which is funded by the GSB. 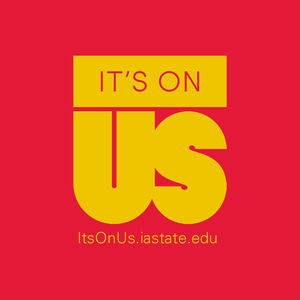