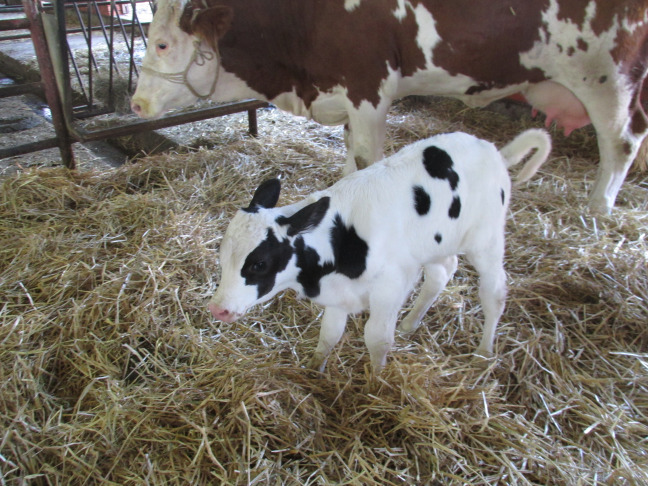 This calf, born on July 6, is the result of the first successful bovine embryo transfer in the history of Kosovo. The embryo came from a heifer on the ISU Dairy Farm. Photo courtesy of Curtis Youngs. Larger image.

AMES, Iowa – Iowa State University animal science and veterinary researchers made possible the first ever successful bovine embryo transfers in the Republic of Kosovo, paving the way toward improved dairy production and food security for the small nation in southeastern Europe.

The first calf, which developed from a frozen embryo recovered from a dairy cow at Iowa State, was born in Kosovo on July 6, said Curtis Youngs, a professor of animal science. The project has resulted in six more pregnancies that should come to term over the next few months, Youngs said.

The project aims to provide Kosovo dairy producers cows with better genetics related to milk production. The use of frozen embryos allows the team to sidestep the challenge and expense of transporting live animals across the globe, Youngs said.

“When we look at the grand challenge of trying to feed the projected 9.6 billion people who will inhabit the planet in 2050, we have to double food production by then,” he said. “Helping Kosovo get better genetics for their national dairy herd will help them become a more food secure nation.”

Youngs teamed up with Marianna Jahnke, a lecturer in veterinary diagnostic and production animal medicine, and James West, a retired ISU veterinary clinician, to gather and freeze embryos from heifers at the ISU Dairy Farm south of Ames to be sent to Kosovo. The ISU team worked with Behlul Behluli, a veterinarian at the University of Pristina in Kosovo, who received training in embryo transfer from Youngs and his colleagues when he visited Iowa State in 2011.

The ISU team identified heifers with genetics conducive to superior milk production and froze their embryos in liquid nitrogen at -320 degrees Fahrenheit. After receiving all the proper import and export permits, the embryos went to Kosovo, where Dr. Behluli thawed them and implanted them in surrogate female cows.

Kosovo received funding from the U.S. Agency for International Development to purchase the embryos, and the embryo transfers took place at a private farm in Kosovo called EuroLona.

The frozen embryos made the international trip in small plastic straws, Youngs said, a much simpler process than shipping a herd of live cattle overseas.

“We can send 14 embryos in a space much smaller than a pencil,” he said.

Bovine embryo transfer is a widely used method of accelerating the breeding of cows with desirable genetics, Youngs said. Around 100,000 bovine embryos are frozen every year in the United States for beef and dairy production, but, in developing countries such as Kosovo, the lack of proper equipment and expertise makes the technique far less common.

Youngs said Kosovo imports the majority of the milk consumed by its citizens, so improved domestic production would benefit the country’s economy as well.

He also said projects like this strengthen bonds between Kosovo and the U.S., a relationship largely defined by the NATO-led military intervention in the late 1990s.

“It’s nice to have this Iowa-Kosovo connection and this tangible project that shows that the relationship goes beyond the military,” he said. “This is a cooperative, team effort that takes an important step toward food security in Kosovo.” 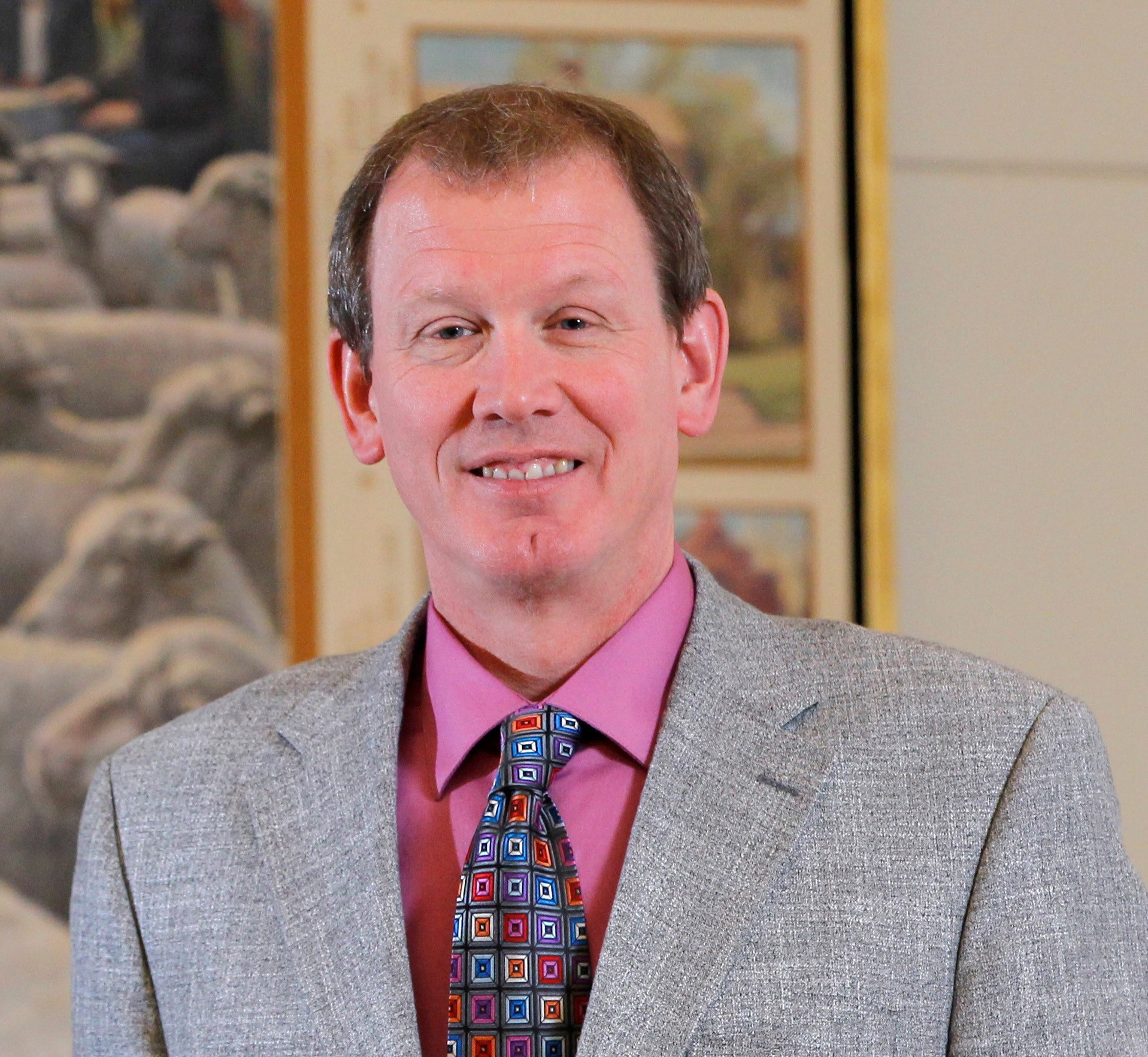 ISU personnel made possible the first-ever successful bovine embryo transfer in the Republic of Kosovo, a step that will strengthen food security and agriculture for the nation.

“When we look at the grand challenge of trying to feed the projected 9.6 billion people who will inhabit the planet in 2050, we have to double food production by then. Helping Kosovo get better genetics for their national dairy herd will help them become a more food secure nation.”