'Catch Me If You Can' former con artist will speak at Iowa State Sept. 21

AMES, Iowa — A former con artist who became one of the world's most respected authorities on forgery, embezzlement and secure documents will speak at Iowa State University.

Frank Abagnale's crimes inspired the memoir and movie "Catch Me If You Can." He will speak at 8 p.m. Monday, Sept. 21, in the Memorial Union Great Hall. His talk is free and open to the public. It is part of the Greater Iowa Credit Union Lecture Series.

Apprehended by French police when he was 21 years old, Abagnale served five years in the French, Swedish and U.S prison systems. He was released after agreeing to help the FBI as an expert on fraud. The previously successful con artist became one of the world's top experts on fraud prevention.

For more than 40 years, Abagnale has worked with, advised and consulted with hundreds of financial institutions, corporations and government agencies. He teaches the latest safeguards to protect organizations from fraud, identify theft and other cybercrimes. More than 14,000 institutions use his security programs worldwide.

In 2004, Abagnale was selected as the spokesperson for the National Association of Insurance Commissioners and the National Cyber Security Alliance. He is the author of the books "The Art of the Steal," "The Real U Guide to Identity Theft" and "Stealing Your Life."

Abagnale's talk is co-sponsored by the Greater Iowa Credit Union, College of Business and the Committee on Lectures, which is funded by Student Government. 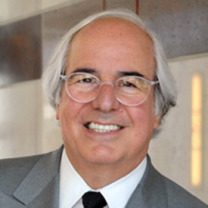 "Catch Me If You Can"