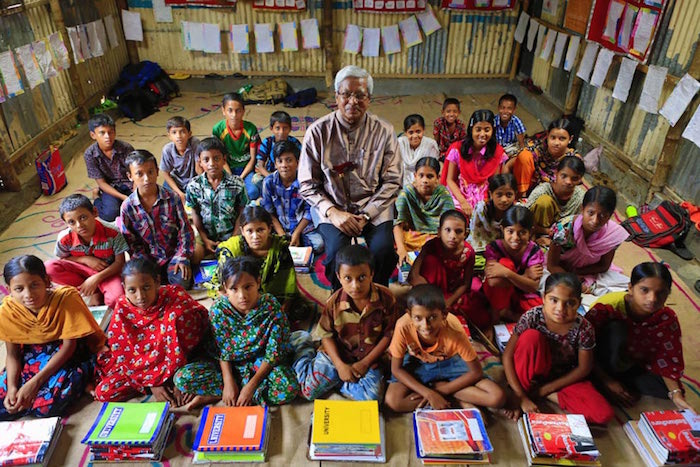 “Empowering the Poor in the Fight against Hunger” will be at 8 p.m. Monday, Oct. 12, in the Memorial Union Great Hall. A reception and student poster display will precede the lecture at 7 p.m. in the South Ballroom. Undergraduate and graduate students will present posters on their research on world food issues. The Norman Borlaug Lecture is part of the World Affairs Series at Iowa State. It is free and open to the public.

Abed founded and leads BRAC, the world's largest nongovernmental organization, known originally as the Bangladesh Rehabilitation Assistance Committee. The scale and impact of BRAC's work in Bangladesh and 10 other countries is unprecedented. Under his leadership of more than 40 years, BRAC’s agricultural and development innovations have improved food security for millions and contributed to a significant decline in poverty levels through direct impacts to farmers and small communities across the globe. BRAC has provided opportunity for nearly150 million people worldwide.

Knighted by the British Crown in 2009, Abed pioneered a new approach to development that addresses the connection between hunger and poverty. Abed and BRAC developed agriculture and food security programs that have helped more than 500,000 farmers gain access to efficient farming techniques, proven technologies and financial support services. And he has been a leader in empowering women as agents of change through microfinance, education and healthcare.

BRAC’s multi-dimensional and dynamic methods of reducing hunger and poverty include the creation and support of a range of integrated enterprises, such as: seed production and dissemination; feed mills, poultry and fish hatcheries; milk collection centers and milk processing factories; tea plantations; and packaging factories. The income generated from these social enterprises is used to subsidize primary schools and essential health care.

Abed was born into a distinguished Bangladeshi family in 1936. After graduating from Dhaka College and the University of Glasgow in Scotland, he pursued a career in accounting. He graduated from London's Chartered Institute of Management Accountants in 1962. He returned to his homeland in 1969, accepting a position with the Shell Oil Company in Chittagong. In just two years, he was promoted to head of the company's accounting department and was living as a corporate executive.

In 1970-71, however, his life and the lives of millions of Bangladeshis changed. The country was devastated by a deadly tropical cyclone and by the war of independence from Pakistan that followed. The combined death toll was estimated at well over 3 million people; an additional 10 million were displaced and further impoverished. Abed resigned from Shell Oil in 1971 and formed BRAC the following year to address the terrible suffering of the people of his country.

Thinking locally and acting globally, BRAC has spread its antipoverty solutions to Uganda, Tanzania, Sierra Leone, South Sudan, Liberia, Haiti, Afghanistan, Pakistan, Sri Lanka and the Philippines. Through his visionary work, Abed has demonstrated a profound understanding of the role that agriculture plays in development as well as the complexities that perpetuate poverty.

In conjunction with the annual World Food Prize celebration, this lecture is coordinated by Iowa State University's Nutritional Sciences Council and co-sponsored by the World Food Prize Foundation, Office of the President, Global Food Security Consortium, World Affairs Series; and the Committee on Lectures, which is funded by Student Government.

“Empowering the Poor in the Fight against Hunger” 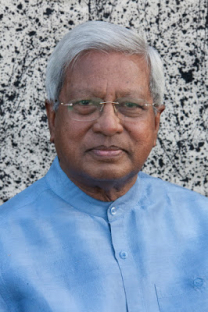