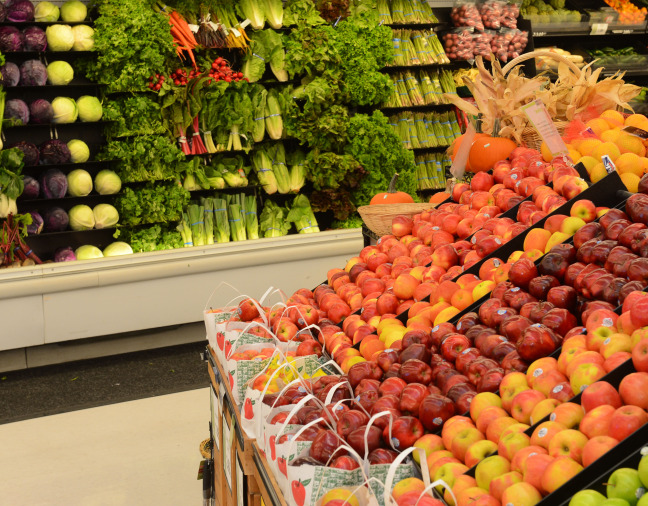 New regulations require producers to identify risks in the food supply chain. The goal is to prevent outbreaks of foodborne illnesses. File photo by Bob Elbert

AMES, Iowa – Food safety experts at Iowa State University are taking a lead role to help producers in Iowa and the Midwest comply with new federal regulations to guarantee the food we eat is safe.

The Centers for Disease Control and Prevention estimates that 48 million Americans – or one in six – get sick every year from foodborne illnesses. That’s why the Food and Drug Administration is implementing new rules to make food producers, manufacturers and processors more accountable in preventing an outbreak.

“It’s really making food industries think about their product holistically and what measures they can take to ensure when the product goes out the door and touches the consumer’s plate, it is safe,” said Angela Shaw, an assistant professor of food science and human nutrition at Iowa State.

The new rules require companies to identify and address potential risks at all points of the food supply chain. That includes suppliers providing ingredients for the final product as well as the transportation system used to get the product to market. Shaw says the emphasis on risk-based prevention is intended to reduce the number of foodborne illnesses and recalls. The rules also allow for stronger enforcement when there is a problem.

“Prior to this rule, FDA could not require a recall to occur, it was all voluntary,” Shaw said. “Now with this rule, they can force a mandatory recall.”

The FDA’s case against Stewart Parnell, the former CEO of Peanut Corporation of America, is an example of why mandatory recalls are needed. Parnell was recently sentenced to prison for failing to take action in a salmonella outbreak linked to nine deaths and hundreds of illnesses. Shaw says this is an extremely rare case, but it underscores the importance of mandatory recalls so that the FDA does not have to resort to legal action.

Produce is a primary target

Iowa State food safety teams are creating training programs, based on the FDA mandate, for producers ranging from food hubs that serve restaurants and grocery stores to companies that make barbecue spices and sauces. Shaw says there are three main preventative controls – fresh produce, food for humans and animal food – that will impact most Iowa producers and processors. Farmer’s markets are exempt.

Unprocessed fruits and vegetables, a common source of foodborne illnesses, were previously unregulated by the FDA in the U.S. Catherine Strohbehn, an adjunct professor of hospitality management at Iowa State, works specifically with growers of fresh produce. The majority of those growers have already identified changes for their farms, Strohbehn said.

However, much of the produce we consume is imported. The new FDA rules also increase surveillance of fruits, vegetables and other ingredients from foreign producers. Strohbehn says this will limit the risk associated with a global food supply.

“A global food supply does provide us with wider variety of choices and enables us to enjoy fresh produce when not in season in the U.S.,” Strohbehn said. “However, each link of the food chain presents opportunity for risk, and mishandling at any step in the farm-to-fork flow can cause an illness. With global transportation, traceability is paramount.”

Food producers, processors and manufacturers have two to four years, depending on the size of their operation, to comply with the rules. Shaw is hopeful that the regulations will not create a hardship for smaller producers and force them out of business. She says the process is similar to changes the meat industry faced in the late ‘90s. While there were challenges, most companies survived the transition.

“FDA is really making an effort to ensure that farmers, growers and manufacturers are equipped to handle this rule,” Shaw said. “If we want to have a healthier America, we need to focus on making our food supply safer. We have seen an increased commitment from Iowa-based food and feed companies to ensure their procedures are safer and their employees are trained on safe food handling.”

Food safety experts at Iowa State University are taking a lead role to help producers in Iowa and the Midwest comply with new federal regulations to guarantee the food we eat is safe. The new rules require companies to identify and address potential risks at all points of the food supply chain.