AMES, Iowa -- Scientists predict that humanity's footprint on the planet may cause the loss of 50 percent of all species by the end of the century. An Academy Award-winning filmmaker and environmentalist will discuss his role in tackling this epic loss of biodiversity during a talk at Iowa State University.

Dubuque native Louie Psihoyos will present "Racing Extinction" at 8 p.m. Tuesday, Oct. 27, in the Memorial Union Great Hall. His talk is part of the university's World Affairs Series: Redefining Global Security. It is free and open to the public.

Psihoyos won an Oscar in 2010 for "The Cove," which reveals and questions dolphin-hunting practices in Japan. He also is founder and executive director of the Oceanic Preservation Society, a nonprofit organization that creates film, photography and media, inspiring people to save the oceans. Widely regarded as one of the world's most prominent still photographers, Psihoyos has circled the globe for National Geographic and shot hundreds of covers for other magazines, including Fortune Magazine, Smithsonian, Time and Sports Illustrated. His work also has appeared on the Discovery Channel, National Geographic Television and the History Channel.

Psihoyos' new documentary, "Racing Extinction" — which premiered at the Sundance Film Festival this year — draws attention to the two major threats to endangered wild species across the globe. According to the film, the first comes from the international wildlife trade and spurious medicinal cures and tonics marketed to the public. The second is the hidden world of carbon emissions and acidified oceans that are incompatible with existing animal life. While covert operations by Psihoyos' team of artists and activists reveal the horrific black-market trade in endangered aquatic species, the film's broader lens uncovers the even more disastrous consequences of human activity.

As a child, Psihoyos delivered papers for the Dubuque Telegraph Herald and got his start making images in their photo department.

Psihoyos talk is co-sponsored by the Office of Sustainability, The Green Umbrella, World Affairs Series and the Committee on Lectures, which is funded by Student Government. 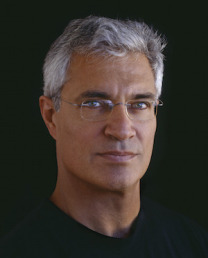