AMES, Iowa – Women around the world are watching to see if the U.S. elects its first female president in 2016. Kathleen Parker, a Pulitzer Prize-winning columnist, will talk about the global significance of this election during her presentation as the fall 2015 Mary Louise Smith Chair in Women and Politics. 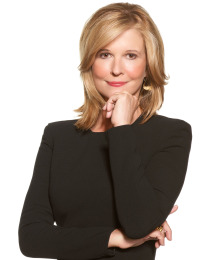 Parker’s talk, “The Global Tide of Women Rising,” will explore how the well-being of a nation is related to the well-being of women. Her presentation starts at 7:30 p.m. on Nov. 12, in Benton Auditorium of the Scheman Building, Iowa State Center. It is free and open to the public.

Dianne Bystrom, director of the Carrie Chapman Catt Center for Women and Politics, says 2016 could be a historic year with two women vying for their party’s nomination. The fact that the U.S. lags behind other countries with top female leaders is due in part to the American political system, Bystrom said.

“In general, women are more likely to serve in parliamentary systems and more often as prime ministers than as presidents,” Bystrom said. “Some studies attribute the greater success of women in obtaining prime minister posts to their ability to bypass a potentially biased general public to be chosen into leadership positions as the parliamentary rules dictate.”

Bystrom adds that, “Women running for president in the United States, compared to other countries, also face long campaigns with intense media scrutiny that can derail their voter support when they are covered in an often negative and sexist manner.”

Parker writes a nationally syndicated column on politics and culture, which appears in more than 500 newspapers with a readership of approximately 80 million people. Parker is a political analyst for MSNBC and a regular guest on NBC’s “Meet the Press.” Describing herself as "slightly to the right of center" politically, Parker addresses politics, culture and contemporary issues in her writing and speaking engagements.

"My ambitious goal is to try to inject a little sanity into a world gone barking mad," Parker said. "I never set out to become a commentator and do continue to resist the label 'pundit,' but I found that keeping my opinion out of my writing was impossible. One can only stand watching from the sidelines for so long without finally having to say, 'Um, excuse me, but you people are nuts.'"

With a selection of political opinion columns, Parker won the 2010 Pulitzer Prize for Commentary for "her perceptive, often witty columns on an array of political and moral issues, gracefully sharing the experiences and values that lead her to unpredictable conclusions." She is also the 1993 winner of the H.L. Mencken writing award presented by the Baltimore Sun. The Week magazine named her one of the nation's "top five columnists" in 2004 and 2005.

The purpose of the chair is to bring nationally known political leaders, scholars and activists to Iowa State to enrich the experiences of students and educate citizens about the role of women in the political process. The event is sponsored by the Catt Center and the Committee on Lectures, which is funded by the Student Government.

Women around the world are watching to see if the U.S. elects its first female president in 2016. Kathleen Parker, a Pulitzer Prize-winning columnist, will talk about the global significance of this election during her presentation as the fall 2015 Mary Louise Smith Chair in Women and Politics.

“The Global Tide of Women Rising”