‘Orphan gene’ may have potential to boost protein value of crops, according to Iowa State University research 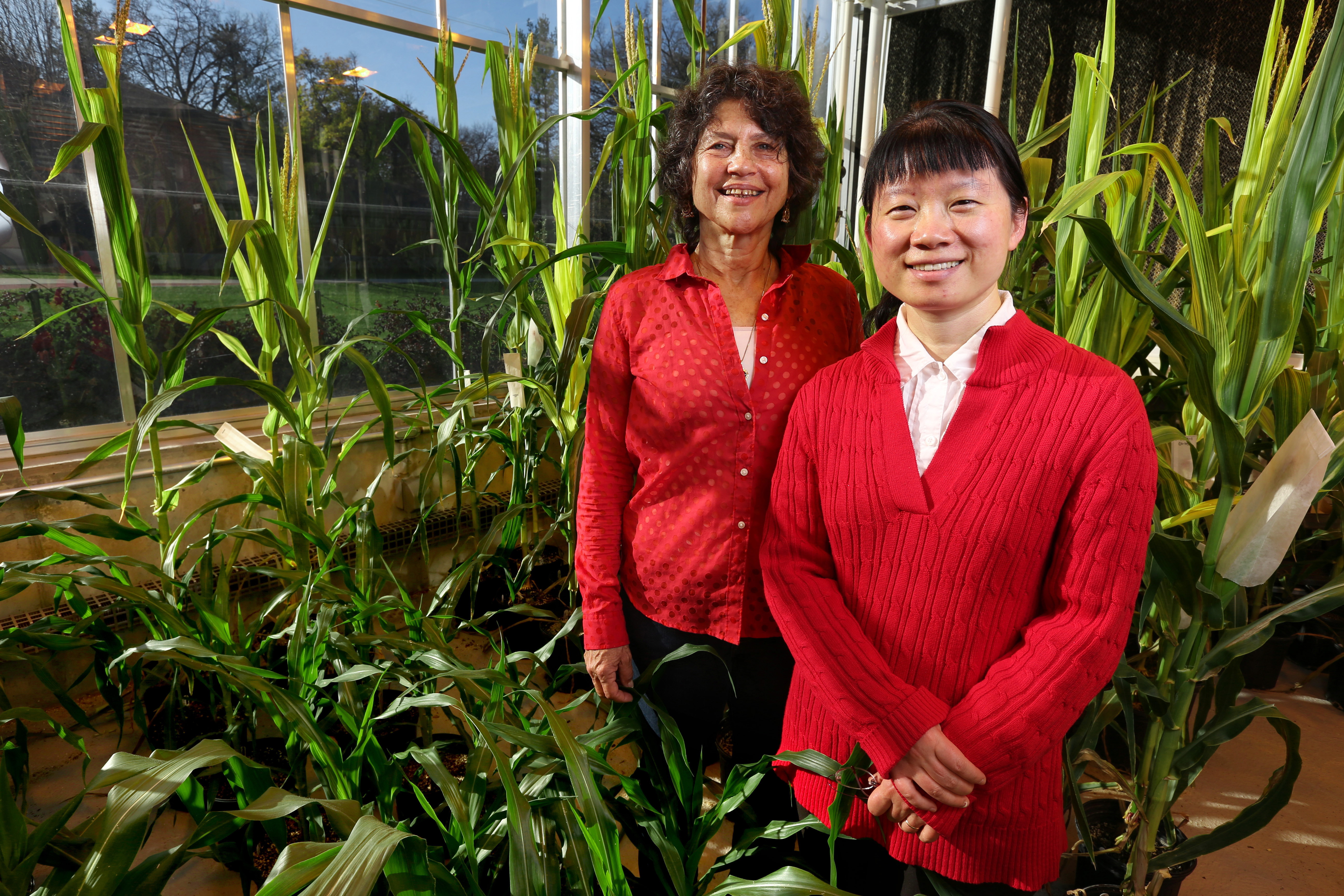 AMES, Iowa – A recently published study from two Iowa State University scientists shows that a gene found only in a single plant species can increase protein content when introduced into staple crops.

The research has implications for a wide array of crops, especially for staples grown in the developing world, where sufficient sources of protein are sometimes limited.

“We’ve found that introducing this gene to plants such as corn, rice and soybean increases protein without affecting yields,” said Ling Li, an adjunct assistant professor of genetics, development and cell biology.

Li has worked for years with Eve Syrkin Wurtele, a professor of genetics, development and cell biology, on a gene they discovered in 2004 that appears only in Arabidopsis, a small flowering plant. Their studies of this gene, called QQS, have yielded several publications in peer-reviewed academic journals, a U.S. patent and multiple pending patents.

Li and Wurtele refer to QQS as an “orphan gene” because it’s not present in the genome of any other organism.

The gene regulates the protein content in Arabidopsis seeds and leaves, so Li and Wurtele wondered what would happen if they used transgenic technology to introduce the gene to other plants. Could it lead to increased protein in plants that humans commonly eat?

In a paper published this week in the Proceedings of the National Academy of Sciences, the researchers show that the orphan gene works much the same way in rice, corn and soybeans. That’s good news for parts of the world where protein-rich foods are scarce, Li said.

“Most of the world relies on plants as a major protein resource,” Li said. “And protein that comes from animal sources requires more water, energy and resources to produce, so a diet that relies more on protein-heavy plants is more sustainable.”

Getting such transgenic crops into the global market requires years of research, safety testing and millions of dollars, Wurtele said. Accordingly, the researchers are also looking at non-transgenic avenues to produce similar results.

The key to such avenues may revolve around the protein to which the orphan gene binds, known as NF-YC4. That particular protein is present in all plants and animals, so it can be altered in crop species without resorting to a transgenic approach, Li said.

By overexpressing, or producing more of, the NF-YC4 gene in staple crops, the researchers can increase the protein value of plants without using transgenes, which could save time and costs in the regulatory process, Li said.

Scientists are still only beginning to grasp how orphan genes work and the value they represent, she said. Wurtele said she expects more scientists to “adopt” orphan genes in the years ahead to see what they’re capable of.

“This is one orphan gene that we’ve shown has big potential,” Wurtele said. “And we believe there will be many more discoveries related to other orphan genes in the future.”

A recently published study from two Iowa State University scientists shows that a gene found only in a single plant species can increase protein content when introduced into staple crops.

“We’ve found that introducing this gene to plants such as corn, rice and soybean increases protein without affecting yields.”