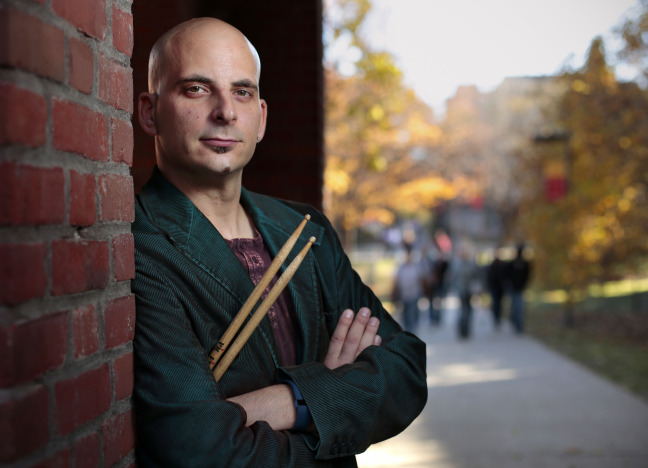 AMES, Iowa – Zlatan Krizan knows the notion of a good night’s sleep is something many people only dream of. It’s not that they constantly have trouble falling or staying asleep, but work may dictate that they go to sleep when the rest of the world is waking up, or life changes may disrupt their normal sleep cycles.

The consequences of sleep deprivation go far beyond just feeling tired the next day. That’s why Krizan, an associate professor of psychology at Iowa State University, is working to better understand how poor sleep affects the one-third of Americans who say they don’t get enough each night. Specifically, he’s interested in how it influences our emotions, motivations and social interaction patterns.

“When we lose consciousness every night on our way to sleep, we enter a critical period of our day that has ramifications for everything we do while awake and engaging with the world,” Krizan said. “Moreover, this critical period of rest and processing is very sensitive to what we do throughout our day. Understanding how sleep and wakefulness interact and shape social behavior thus carries tremendous implications for how to structure our work and private lives.”

The fact that we all need sleep to function – and yet there is little research on the relationship between sleep and social behavior – motivated Krizan to pursue this new area of research. It’s also a natural extension of his work exploring the darker side of human nature. As director of the Sleep, Self, and Personality Laboratory at Iowa State, he has studied the minds of narcissistic, aggressive and difficult people in order to understand what makes them tick.

His work has helped define the different dimensions of narcissism and identify tendencies that lead to unexpected outbursts of aggression. He has also examined how unabashed optimism leads to unrealistic voter expectations in elections, and why there are more similarities than psychological differences between men and women.

Krizan’s research is as fascinating as it is unsettling at times, particularly when the results of his work reveal a trait or characteristic we might recognize in ourselves or those we love. But it’s that dichotomy that feeds his curiosity and desire to explain behaviors that are often hard to comprehend. And while not as deliberate, it’s something we all do to a certain degree with the people in our lives.

“It’s a requirement for life and society that we try to figure out what people want from us. What does our boss want from us? What’s a good thing to do with Person A, but not with Person B?,” Krizan asked. “When I figured out there is an organized and scientific way of getting answers that are not just relevant narrowly to your own life and your own experience, but drawing on the collective human experience to inform society at large, now that was an empowering moment.”

A passion for psychology

That moment was sparked by a college psychology seminar, not so different from the courses Krizan teaches at Iowa State. The class introduced the concepts of illusion and false memories. Krizan was intrigued by the fact that what goes on inside your head, may not match reality. And when he was given the opportunity to conduct his own false memory study, he was hooked.

“That’s where I cut my teeth as a researcher and fell in love with the process – the creativity of generating the ideas, the meticulousness and challenge of the research methods, and then communicating what you find,” he said.

Krizan likes to joke that he developed a passion for psychology so that he could study the minds of others and avoid being inside his own head. But there were signs long before that college seminar pointing him in the direction of psychology. Growing up in Croatia, he spent so much time thinking and trying to figure things out that his school friends nicknamed him “the philosopher.” All that time thinking led him to the conclusion that the most interesting things to figure out are people.

A family of musicians

Psychology, however, was not Krizan’s first career choice – music was his first love. Not surprising given that he comes from a prominent musical family in Croatia. Krizan’s father was a touring musician and played the violin in the symphony orchestra. His uncle was the director of the Croatian National Opera and restores classical masterpieces, and his brother is a professional musician who tours with a local superstar.

Krizan says the arts, especially music, have been a part of his life since a very young age. And while his career took him in a different direction, he has not given up his love for music. Krizan plays drums with his jazz band, Indigo Monks, and also produces electronic music. It’s a different form of creative expression, but Krizan sees a lot of similarities between his music and research.

“Just like in science, in music and music composition, be it deliberate writing of a symphony or be it composition on the fly in the context of jazz improvisation, there are principles and good practices, but few iron-clad rules,” he said. “When you are playing in front of an audience, I see a lot of resemblance with teaching in front of a class or giving a research presentation to an audience of fellow scientists. You have to engage them, excite them and make them feel it was worth their time. The goals are pretty much the same even though you’re doing two very different things.”

Iowa State's Zlatan Krizan is working to understand how poor sleep affects our emotions, motivations and interactions with other people. The research is a natural extension of his work as director of the Sleep, Self, and Personality Laboratory.