AMES, Iowa – The following is a list of Iowa State University experts available to comment on issues and candidates for the 2016 election. 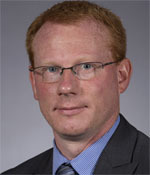 This election cycle could be a game changer for future campaigns, Andersen said. Typically, candidates such as Donald Trump – those Andersen calls “outrage candidates” – will peak and fall off the radar, but Trump has continued to build momentum. Andersen is also watching to see how the role of the party establishment changes, as well as how super PACs maintain a campaign that is otherwise on life support.

The three weeks leading up to a caucus or primary is traditionally the timeframe when voters start getting serious about a candidate, Andersen added. Time will tell if voters shift their allegiance from a preferred outrage candidate to one more likely to win a national election.

“Can Trump maintain and turn out his supporters on caucus day? I don't think so,” Andersen said. “It has nothing to do with him, or his candidacy per se; it just has to do with human behavior. The No. 1 predictor of any individual's behavior is almost always previous behavior. Trump is doing a great job in bringing new people in to get active in the political process, but new activists are simply not likely to make it out to the polls.”

Andersen can also discuss the role of social media in this election. You can reach Andersen at 515-294-6928 or dander@iastate.edu. 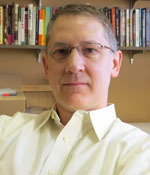 Race plays a role in all elections, Behnken said, but in this cycle racism is also a factor. The support for Trump’s racist views on Muslims, Latinos and other groups shows that racism is not only an issue, but may spark a political response and drive turnout at the polls.

“Voters of color and their allies will, I believe, rally behind the candidate that either best represents their interests or the one, to put it more bluntly, who isn't a racist,” Behnken said. “If someone like Trump gets the nomination, then marginalized groups will most likely rally around the candidate who isn't Donald Trump, no matter if it's Clinton, Sanders, or someone else. Thus in some ways racism actually motivates voters of color and their allies more than party affiliation.”

Behnken can also discuss immigration – an issue he says is “fraught with misunderstanding and fallacies” – as well as attempts to reform the immigration system. Voters and candidates are talking more about immigration in this election because of fears and concerns related to terrorism, but this overshadows the reason many people come to the U.S., Behnken said. 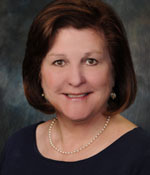 There seem to be more sexist comments in this campaign as compared to 2008 when Clinton first ran for president, Bystrom said. She attributes the increase to the addition of candidates Carly Fiorina and Trump. Bystrom points to how the media has covered Fiorina’s and Clinton’s age, hairstyle, attire and temperament.

“For example, Clinton has been called ‘harsh’ and ‘testy’ in news stories for comments she has made, while her male opponents are called ‘firm,’ ‘tough-talking’ and ‘spirited’ when making similar comments.  Plus, Trump has made sexist and sometimes vulgar remarks about both Clinton and Fiorina, which have been covered by the mainstream media,” Bystrom said.

The candidates and their supporters have criticized the media for these comments. Bystrom says the Representation Project is also using the hashtag #AskHerMore on Twitter to call attention to sexist and misogynistic reports of women political candidates.

Unlike past elections, Bystrom says the Republican field of candidates is more crowded and splintered than ever before. She can discuss how the absence of the Iowa Straw Poll has changed this dynamic. Bystrom has also noticed that candidates are talking more about family issues in this election to appeal to both women and men. 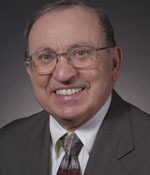 Terrorism concerns will likely be on the top of the minds of caucus-goers, particularly Republicans, McCormick said. That’s because several Republican candidates have made national security and immigration focal points of their campaigns, expressing concern with the Obama administration’s foreign policy. For that reason, McCormick says support for candidates such as Trump and Carson may take a hit because of their lack of foreign policy experience.

“The public not only wants someone who can provide a sense of security in unsettled times, but they also want someone who knows how to operate the machinery of governance to provide such security,” McCormick said. “Indeed, the lack of foreign policy knowledge has already taken a toll on Carson's popularity with his halting and unsure statements on foreign policy. Trump's braggadocio on foreign policy will need to be accompanied by some specific policy statements if he believes he can enlarge his support.” 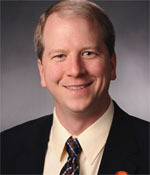 Voters have a short attention span, and most caucus-goers are just now starting to really pay attention to the candidates, Peterson said. This is reflected in several of the polls, which to this point have been driven by national media coverage. Peterson says Trump is ahead because he’s getting the most attention.

Voter perception of personality is another factor in Trump’s popularity. Peterson, who studies political psychology, says partisanship and issue positions bias our perception of each candidate.

“There is also a sense that Trump’s personality is `different’ from the other candidates,” Peterson said. “Combine this with a general dislike and distrust of politics and politicians, and his personality is seen as authentic and is a positive.”

Peterson can also talk about the role of the early states in the nomination process. The Iowa caucus and New Hampshire primary helps cull the herd, he said. This helps voters in later states focus on more viable candidates when it’s their turn. 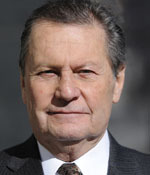 Contrary to some projections, Schmidt expects a record turnout for both parties on caucus night, especially among Trump supporters. Compelling candidates and the intensity of certain issues will motivate more Iowans to caucus. Schmidt says Trump is the “consummate salesman,” which explains his success as well as his ability to dominate news coverage.

“No candidate in the 2016 race to the caucuses has spent more money on their campaign than Trump and all of his free media – billions worth,” Schmidt said. “Many people really are sick of ‘politicians’ and Trump is the consummate, politically not correct, non-politician.”

Schmidt, who has analyzed every presidential election for the past four decades, is already making projections for how candidates will do in Iowa. On the Republican side, Cruz, Trump, Marco Rubio and Carson will do well, Schmidt said. Clinton will win on the Democratic side, followed by Sanders and Martin O’Malley, he predicts.

Schmidt can also talk about the history of the Iowa caucus and how specific issues will affect each party or candidate. You can reach Schmidt at 515-294-3825 or sws@iastate.edu. 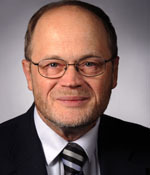 Iowa’s leading role in the presidential nominating process is often questioned, but the caucuses remain important even if the winners do not become their party’s nominee, Shelley said. Why? Iowa provides a sounding board at a relatively low cost for candidates and the political parties.

“The retail nature of campaigning in Iowa is attractive particularly to relatively low-budget campaigns that can catch fire and possibly capture the imagination of the voting public. Party leaders in other states certainly want to be first in the nation and do their best to derogate Iowa’s leadership on grounds that the state is not representative demographically or ideologically, but Iowa is likely to stay first in the nation as long as its caucus results do not deviate too severely from national trends,” Shelley said.

As for policy issues, Shelley expects the economy and jobs to continue to dominate throughout the election cycle. Terrorism, immigration, race relations, health and education are among the other issues Shelley says will periodically dictate the campaign agenda.

Shelley can also talk about the statistical validity of political polls and whether voters pay attention or are confused by the polls. You can reach Shelley at 515-294-1075 or mshelley@iastate.edu. 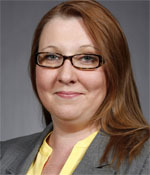 Having studied Hillary Clinton’s 2008 campaign, Winfrey says there are two key differences in Clinton’s current campaign strategy. Not only is Clinton more relaxed and natural when talking with voters, she also isn’t shying away from her gender and acknowledges that she would be the first female president. As a result, Winfrey says voters see a more likeable side of Clinton’s personality.

“This is a difficult struggle for female candidates, because they are often assumed to be less credible and qualified than male candidates, so they have to demonstrate their strength and professionalism. It’s a fine line to walk, but 2016 Hillary Clinton has done a much better job of walking that line,” Winfrey said.

Clinton continues to lead most political polls. However, Winfrey says young voters could be the wild card for how Clinton fares on caucus night. If Bernie Sanders can motivate young voters (who generally don’t caucus) to turn out on Feb. 1, they could swing support to Sanders.

Winfrey can also talk about the role of women voters in this election, as well as advertising, social media and debates. You can reach Winfrey at 515-294-8344 or kwinfrey@iastate.edu.