AMES, Iowa – Craig Anderson is no political scientist. But the Distinguished Professor of psychology at Iowa State University could have predicted voter support for the presidential candidates taking a strong anti-Muslim stand.

Months before the presidential campaign, Anderson and his colleagues conducted a series of studies to gauge the influence of media coverage portraying Muslims as terrorists. According to their results, published in the journal Communication Research, there is a link between negative media stories of Muslims and support for military action and restrictions against Muslims. 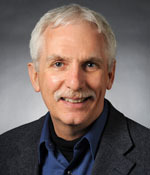 “The influence of negative media stories as well as a separate link we found between political conservatism and anti-Muslim sentiments and beliefs, both suggest that U.S. political candidates who were willing to take very strong anti-Muslim stands would get a lot of support from the most active and vocal conservatives,” Anderson said.

Two studies measured exposure to news stories portraying Muslims as terrorists. In an additional study, participants were randomly assigned to watch one of three news clips, which portrayed Muslims in a negative, neutral or positive light. The negative story discussed the 2007 attempted terror attack at Fort Dix, the neutral clip looked at a high school changing football practice because of Ramadan, and the positive story featured Muslims volunteering during Christmas. Participants also were questioned about their perceptions and support for military or political action.

Anderson says they expected participants who watched more Muslim-terrorist news stories and had just watched the Fort Dix news story to be more supportive of military action in Muslim countries. “That fits well with what media effects scholars have known for years,” Anderson said. But what most dismayed him and his colleagues was the level of support that participants expressed for restricting the freedoms of Muslim Americans.

“Of course, such restrictions based on religion and/or ethnicity clearly violate the U.S. Constitution, a fact that apparently didn’t occur to many participants,” Anderson said. “Some of our other results strongly suggest that what is driving such anti-Muslim attitudes is the perception that Muslims are inherently violent.”

The combination of this belief associated with fear and the perception that Muslim Americans are “not like us” leads some to feel that Muslim Americans should be dealt with as outsiders, rather than as Americans, Anderson explained. Researchers also consistently found that political conservatives and people who most strongly identify with their “fellow Americans” were more supportive of war against Muslim countries and civil restrictions of Muslim Americans.

Because political affiliation, age and gender can strongly influence beliefs, stereotypes and attitudes, researchers controlled for these factors to truly measure the level of media influence.

The role of the media

Researchers were encouraged by how participants responded to the story about Muslim Americans volunteering at Christmas. After watching that news clip, participants were less likely to support military action and civil restrictions for Muslims. The story also reduced their view of Muslims as aggressive. This gives Anderson hope that more positive news stories about Muslims can help stem the tide of anti-Muslim American sentiment, prejudice, and behavior.

Still, journalists should recognize how their coverage influences public perception and opinion, he said. That’s not to suggest that journalists limit their coverage. However, Anderson says reporters can make a difference by actively seeking out positive stories about Muslim Americans. And when covering Islamic-related terrorist attacks, reporters could talk with Muslim Americans about their opposition to such actions, he added.

Raluca Cozma, an associate professor of journalism at Iowa State, says Anderson’s research emphasizes the role of journalists to inform, not inflame. Cozma, who studies story framing, sourcing and news credibility, says journalists need to promote understanding and avoid demonizing entire groups of people because of the actions of a few. 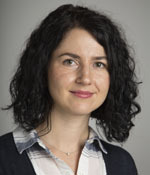 “Journalists should be careful and selective with their sources, stories, and choice of words. They should avoid or at least challenge advocates and biased politicians with an agenda; seek out experts and scholars on the topic; talk with diverse individuals within a group; avoid focusing only on negative or violent stories; check their assumptions at the door; and avoid broad generalizations,” Cozma said.

The fact that participants responded so strongly to the negative clips is not unusual. Cozma says that is more likely to happen when a topic or issue is far removed from our experience. It is easier to be swayed by media portrayals if you don’t have a close relationship with someone who is Muslim. This is another reason why it’s imperative for journalists to avoid stereotypes of minority and underrepresented groups, she added.

Not only do reporters have a responsibility, but Anderson says Muslim Americans can also help erase negative stereotypes by speaking out and being more visible in their communities.

“Muslim American groups could be more proactive with outreach programs to educate everyone about their beliefs and positive contributions to U.S. society,” Anderson said. “If news media provide more reports of such activities, we might be able to create a more accurate and accepting view of people of all religions.”

Iowa State University researchers found a link between negative media stories about Muslims and support for military action and restrictions against Muslims. The research, published in the journal Communication Research, was designed to gauge the influence of media coverage portraying Muslims as terrorists.

“Some of our other results strongly suggest that what is driving such anti-Muslim attitudes is the perception that Muslims are inherently violent.”