AMES, Iowa – The Centers for Disease Control and Prevention recently reported that it underestimated the potential health risk from formaldehyde found in Chinese-made laminate flooring. It is yet another product safety issue that will shape consumer attitudes about goods from China, said Gang (Kevin) Han, an associate professor in Iowa State University’s Greenlee School of Journalism and Communication. 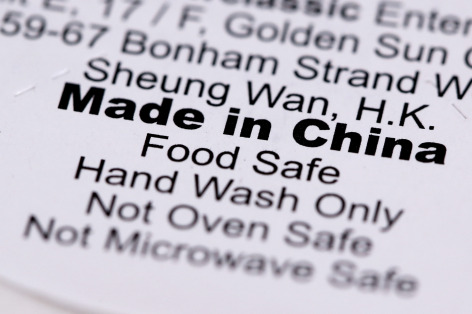 For many Americans, the “Made in China” label has become synonymous with low-cost and low-quality. But the stereotypes often associated with those three simple words didn’t always exist, Han said.

“People really enjoyed products from China. They viewed products, such as tea, furniture or dishware, as unique. It was a quality product and there was a cultural value,” Han said. “But when China became a world factory and produced so many items for so many brands, people changed their views.”

This shift reflects a combination of consumer experience and influence of media coverage related to Chinese-made products. In a series of studies on framing effects, published in Journalism & Mass Communication Quarterly (2012), Newspaper Research Journal (2014) and International Journal of Strategic Communication (2015), Han and co-author Xiuli Wang, Peking University, examined how news stories about Chinese goods directly affect public opinion of a product, but also indirectly shape perceptions of the country where it’s made.

Han says how the story is framed dictates whether consumers have a positive or negative impression of the “Made in China” label, and more often than not it’s negative. Han can point to several examples on product safety – toxic pill capsules, food contamination and toys containing lead paint – as well as concerns about human rights in China and U.S.-China trade disputes. Over time these stories impact how we look at an issue or topic.

“If you read a lot of negative articles that leads to negative concerns and perceptions,” Han said. “Media may provide a certain type of experience for people who don’t have personal or direct experience with a country, so they get the message mainly from the media. They then accumulate this message with their experience of products and the two together form the image of the country.”

To test the relationship between news coverage and public opinion, researchers asked 120 college students to read a story about products made in China. The story, originally published in The New York Times, was rewritten in two versions – one focused on the risks, the other on the benefits. After reading the story, students were asked what they thought about buying and using products made in China and their thoughts on the country, as a whole. 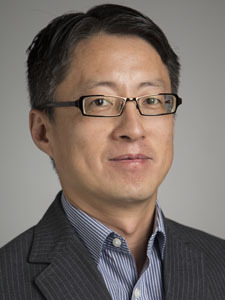 Han says they saw a significant influence on opinions related to how the story was framed. As expected, those reading the story focused on risks formed more negative views and those reading about the benefits had more positive views. The same could be said for any number of issues, Han said.

“This is true if you look at how the media writes about the elections, social movements or international conflicts,” Han said. “We see a lot of framed messages in these stories and receive the message subconsciously.”

Han says it’s important for governments or corporations to understand how consumers get impressions of their country or products through news media, if they want to change those opinions. He and Wang suggest a strategic advertising or public relations campaign, but add that the solution may be much more complex. The Chinese government has tried different tactics, including advertising in Times Square, to change public opinion in the U.S., but such efforts may not be as effective as expected, Han said.

“The reason could be that we get the message from China through our daily experience – product use or media coverage,” Han said. “National image is not just a perception out of nowhere. It’s cultivated by media, depending on how media cover the story related to the country.”

Consumers develop opinions about a product based on their experience with the item or the company. An Iowa State University researcher says those attitudes are also influenced by the media. Through a series of studies, Gang Han examined how news coverage dictates whether consumers have a positive or negative image of the product and the country where it's made.

“Media may provide a certain type of experience for people who don’t have personal or direct experience with a country, so they get the message mainly from the media. They then accumulate this message with their experience of products and the two together form the image of the country.”