The renowned futurist, technologist and author will bring his future-casting to Iowa State University for a talk on March 29 and a town hall meeting on March 30. His appearances are part of the university's National Affairs Series, and are free and open to the public.

Johnson will present "Technology in 2025: Designing the Future" at 8 p.m. Tuesday, March 29, in the Great Hall of the Memorial Union.  He will lead the town hall meeting "What's the Future of the American Dream?" at 7 p.m. Wednesday, March 30, in the Sun Room of the Memorial Union. The town hall meeting is part of a yearlong study of the future of the American dream timed to overlap with the 2016 presidential campaign.

Johnson is the futurist in residence at Arizona State University's Center for Science and the Imagination and a professor in the School for the Future of Innovation in Society. In his future-casting work, Johnson uses ethnographic field studies, technology research, cultural history, trend data, global interviews and even science fiction to provide a pragmatic roadmap of the future.

A pioneer in the development of artificial intelligence, robotics and the use of science fiction as a design tool, Johnson holds more than 30 patents. Johnson speaks and writes extensively about future technologies in articles and scientific papers, as well as science fiction short stories and novels. He is the author of "Vintage Tomorrows," "Science Fiction Prototyping," " Humanity in the Machine," "21st Century Robot" and "Screen Future: The Future of Entertainment."

Johnson is a columnist for IEEE Computer Magazine and Successful Farming, where he is the "Farm Futurist." He has contributed articles to The Wall Street Journal, Slate and Wired Magazine, and appears regularly on Bloomberg TV, PBS, FOX News, and the Discovery Channel.

Johnson's talk and town hall meeting are co-sponsored by the colleges of Agriculture and Life Sciences, Business, Design, Engineering, Human Sciences, and Liberal Arts and Sciences; the Greenlee School of Journalism and Communication; the School of Education; the departments of Computer Science, Economics and Political Science; the University Library; Office of Economic Development and Industry Relations; Office of Sustainability; Information Technology Services; Human Computer Interaction Graduate Program; Software Engineering Program; The Green Umbrella; and the National Affairs Committee and the Committee on Lectures, which are funded by Student Government. 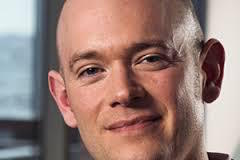 "Technology in 2025: Designing the Future"

Town hall meeting: "What's the Future of the American Dream?"