Understanding ISIS, Middle East violence and what the resulting refugee crisis means for the U.S. 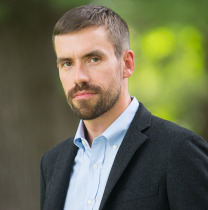 AMES, Iowa – There is no justification for the bombings at the Brussels airport and train station, but Michael Christopher Low says it is important to understand the factors motivating this type of violence by the terrorist group ISIS.

The decision to ramp up ISIS operations in Europe may reflect recent territorial losses in the Middle East, said Low, an assistant professor at Iowa State University and expert in modern Middle Eastern history. He also points out that the attacks in Brussels and Paris aimed at Europeans and Americans overshadow the target of the majority of violence – ISIS’s fellow Muslims. The terrorist group’s primary objective is much broader and such attacks are often a means to reaching that objective.

“The level of violence against other Muslims has been dramatically altered,” Low said. “ISIS has thought about how it could wage jihad and who was a legitimate target of violence. ISIS and al-Qaeda have had substantive debates about whether they could kill other Muslims in the service of their political visions. While they may agree on killing non-combatants and non-Muslims, al-Qaeda’s senior leadership has shown its discomfort with ISIS’s willingness to kill other Muslims to achieve its goals.

“To really understand this terrorist threat and act appropriately toward it, we need a much stronger sense of what ISIS wants. Why go through all this trouble if the goal is to shoot up a concert hall in Paris? That’s not why terrorism happens, it always has some end.”

That end goal is the creation of an Islamic state, which would allow ISIS to restore certain elements of Islamic law and attempts to justify jihadist violence, Low said. It’s similar to the goals of Osama bin Laden and al-Qaeda, but there are several reasons – including U.S. involvement in Iraq – why ISIS has succeeded in ways al-Qaeda did not.

Low will talk about how the terrorist group reached this point in his lecture “ISIS, Jihadist Violence, and the Quest for an Idealized Islamic State,” part of the College of Liberal Arts & Sciences Dean’s Lecture Series. His presentation starts at 8 p.m. Wednesday, April 6, in the Memorial Union Sun Room. It is free and open to the public.

The spread of violence and refugee fallout

Although the violence in Syria has received much of the attention, there are also growing numbers of Yemenis seeking refugee or asylum here in the U.S. The decision to grant those requests falls to agents with the United States Citizenship and Immigration Services Asylum Office (USCIS). Low says it is a complex process that is made even more difficult by terrorist groups in the region.

For that reason, Low recently traveled to California to train USCIS agents on the history of various groups and movements in Yemen. The changing dynamics and terrorist threats make it a challenge for agents to know if someone seeking asylum poses a safety risk, he said.

“I tried to give them a sense of the musical chairs of secular figures and jihadist figures. They have individuals who are seeking asylum and they have to figure out where they’re from, what their contacts are and if they have contacts with terrorist organizations,” Low said. “I tried to provide an overview of the geography, physical locations and certain provinces that are the strongholds of al-Qaeda.”

Another terrorist attack only intensifies opposition to granting asylum and providing aid to refugees. Low, who spent two summers studying Arabic in Yemen, has a different perspective. He says the violence, in addition to extreme poverty (roughly 10 percent of children in Yemen die before their fifth birthday) are strong motivations to leave and seek asylum in the U.S. And failing to take action could fuel more problems in the future, he added.

“We have a population that’s suffering. The number of air strikes against Yemen has been pretty wildly unreported in what’s been an undeclared aerial drone war on Yemen for many years. This has a lasting impact,” Low said. “If you hear a buzz in the sky and a village blows up, killing one terrorist and 10 women and children, this has an intergenerational, long-term impact on how people feel about the United States.”

An Iowa State University expert in modern Middle Eastern history says the bombings in Brussels are yet another example of how ISIS is using violence to achieve a much broader objective. Michael Christopher Low says to appropriately respond to the terror threat, it is necessary to understand ISIS's goals and motivations, as well as the long-term impact of violence in the Middle East.

“To really understand this terrorist threat and act appropriately toward it, we need a much stronger sense of what ISIS wants."