The scholarships are awarded by the Barry Goldwater Scholarship and Excellence in Education Foundation and recognize students of outstanding potential who intend to pursue careers in research. A total of 252 Goldwater Scholars were selected on the basis of academic merit from a field of 1,150 applicants nationwide. Universities can nominate up to four candidates for the national competition. ISU's candidates are selected through an on-campus competition coordinated by the university's Honors Program.

The Goldwater Scholars are Aubrey Foulk, a senior majoring in environmental science and biology from Moline, Illinois; and Samuel Schulte, a senior majoring in biochemistry from West Des Moines. Charles Labuzzetta, a junior in mathematics from Holmen, Wisconsin, received an honorable mention.

Foulk, who also minors in geology, will pursue a Ph.D. to teach and conduct research in marine science. Since 2014, she has been an undergraduate researcher in the ISU Stable Isotope and Paleo Environments Research Group Lab. As part of that team, Foulk conducted field research in Norway for a National Science Foundation study of paleoclimatology using marine bivalves.

Foulk also conducted an independent field research investigation of the water quality and biodiversity of turtle species in the marsh ecosystem at Nahant Marsh in Davenport. And she has worked on marine environment projects in Honduras and on the Mississippi Gulf coast. This semester, Foulk is studying marine science at the University of Hawaii-Hilo through the National Student Exchange. She will graduate from Iowa State in 2017.

Schulte minors in computer science. He intends to earn a Ph.D. in biochemistry or computational biology to teach and conduct research that blends the two disciplines. He has published in two research journals and presented the keynote at the World Food Prize Global Youth Institute in Des Moines in 2012. Schulte is presenting his research at the American Society of Biochemistry and Molecular Biology annual meeting this month.

Schulte served as a Borlaug-Ruan International Intern at the International Maize and Wheat Improvement Center in Mexico and as a research intern at Kemin Industries in Des Moines. Since 2014, he has worked as an undergraduate research assistant at Iowa State, studying enzyme mechanisms of Class II Diterpene Cyclases. This summer, Schulte will be an Amgen Fellow at California Institute of Technology. He will graduate from Iowa State in 2017.

Labuzzetta will pursue a Ph.D. in bioinformatics and computational biology to conduct biomedical data analysis and develop pipelines for biomarker discovery.

The one- and two-year undergraduate scholarships will cover the cost of tuition, fees, books and room and board up to a maximum of $7,500 per year.

The Goldwater Foundation is a federally endowed agency established in 1986. The scholarship program honoring Senator Barry Goldwater was designed to foster and encourage outstanding students to pursue research careers in the fields of mathematics, natural sciences and engineering. 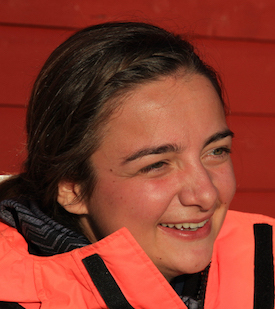 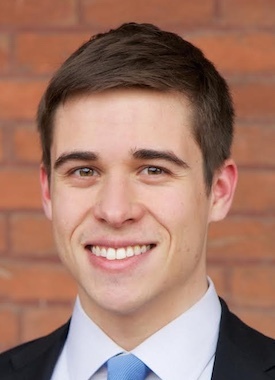