AMES, Iowa – The cost of a 5-degree increase in the Earth’s overall temperature would be significantly different for a developing country near the equator compared to a developed country in the Northern Hemisphere. But for either country, that cost is highly uncertain and that’s a problem, said Ivan Rudik, an Iowa State University economist. 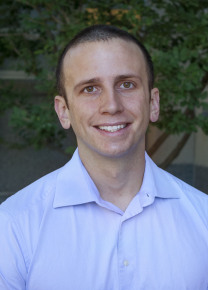 “We don’t have a strong grasp on the economic costs of climate change,” Rudik said. “We have a good idea of how climatic and physical systems will change in response to greenhouse gases, but we need a better understanding of the costs to society to inform policymakers as to what the best policies are to combat the problem.”

Rudik is using climate and economic models to better capture the uncertainty of damages from emissions and how that uncertainty influences the social cost of carbon dioxide. He says a lot of the factors and estimates used for policymaking decisions today are based on decades-old studies. In an article published in the journal Science, Rudik and a team of researchers outlined the need to better understand the link between economics and climate.

“Climate change impacts everything and linking it all together is very difficult,” Rudik said. “Because there are a lot of uncertainties, we don’t have a great way of knowing what the economic costs of 2 to 3 degrees of warming will be. We’re making a lot of assumptions, and so I try to figure out ways to design policy to guard against potential errors in our models of the climate-economy system.”

In the paper, Rudik and his colleagues identified three needed areas of research: refining the social cost of carbon, an estimate often used in developing climate policies; determining the consequences of particular policies; and understanding the economic impacts and policy choices in developing countries. The challenge for economists is valuing things that have no real market. Rudik says it’s fairly easy to determine agricultural impact damages because there are market prices for crops and land, but it’s harder to value something like pristine shorelines.

Rudik used the example of increased conflict due to warmer temperatures. If there are more conflicts, what is the cost? And how does that affect the economy? Rudik says estimating some kinds of climate damages is similar to calculating damage estimates for disasters like the Exxon Valdez or Deepwater Horizon oil spills. Quantifying the value of peace or a clean shoreline is necessary in order to better design policy.

“It’s not just the cleanup of the shore, but the cost to people who are no longer vacationing there because of the spill and are missing out on the experience. There’s also the impact on the local community because people may have been afraid to go to the Gulf because of the oil spill. Without some market value it’s hard to determine how big these costs are,” Rudik said.

Who pays to fix the problem?

Most economists agree that a carbon tax is the most effective way to reduce emissions and address climate change. Rudik says it’s simple – if you make something more expensive, people will use less of it. Not only will consumers respond by using less electricity or driving more fuel-efficient cars, but firms will move to create cleaner products. However, Rudik says strong political resistance to a carbon tax makes it an unlikely solution.

State and federal governments have implemented other policies in response, including renewable portfolio standards (intended to increase use of wind, solar and biomass energy) and clean power plants. Rudik says such efforts are not as effective as a tax because they do not correctly incentivize people. If the goal is to reduce emissions, it’s most efficient to simply make carbon more expensive and let people decide how to respond to the tax, instead of using a policy to push them toward particular technologies.

These other policies are far more widely used than carbon taxes. Even though economists like carbon taxes, they need to be realistic and start evaluating policies that are actually being implemented in the real world, Rudik said. Economists need to gain a deeper understanding of how effective they are and their impacts on the world, he added.

Equity is another factor to consider – how much does climate change or policy harm one group and benefit another? Developed countries are largely responsible for the buildup of greenhouse gases in the atmosphere, Rudik said. The dilemma is determining who should bear the burden for mitigation efforts, while guaranteeing that climate policy does not limit economic productivity of developing countries. The same must be applied to the burden for low-income households. Rudik says these challenges and questions underscore the need for better economic analysis.

“There’s a lot more work to be done. It’s only recently that we’ve developed the tools for assessing economic and climate risks,” Rudik said. “The proliferation of large amounts of data has really helped because now, for example, we have all this weather and crop information spanning large portions of the earth. We need to use this data to advance our understanding of all sectors of the economy and how they’ll be affected as the climate changes.”

“Climate change impacts everything and linking it all together is very difficult. Because there are a lot of uncertainties, we don’t have a great way of knowing what the economic costs of 2 to 3 degrees of warming will be. We’re making a lot of assumptions, and so I try to figure out ways to design policy to guard against potential errors in our models of the climate-economy system.”