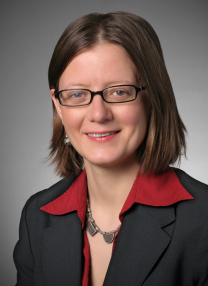 AMES, Iowa – Amy Erica Smith, an assistant professor of political science at Iowa State University, says it is likely Brazilian President Dilma Rousseff will be impeached. It is now up to Brazil’s Senate to vote on the issue after The Chamber of Deputies voted in favor of impeachment.

“I would put the probability she will be impeached at 70 to 80 percent,” Smith said. “A simple majority is needed in the Senate to open proceedings, and a supermajority will be needed to impeach her. Dilma Rousseff’s opponents likely have those votes.”

Smith studies how citizens in developing countries learn the political attitudes and behavior that make democracy work. One of her primary research interests centers on how women and racial and religious groups in Brazil mobilize to get democratic representation. Smith says what’s happening in Brazil reflects a fundamental misunderstanding by many lawmakers of how the country’s democratic institutions work.

“The actual charges on which Dilma Rousseff is being impeached – inflating the budget to reduce the deficit by transferring funds from a government-owned development bank – are technically improper, but relatively trivial. Under most conditions, these charges wouldn’t lead to impeachment. However, Dilma has become politically extremely vulnerable for several reasons,” Smith said.

The fact that the economy is in a major recession is one reason. The ongoing corruption scandal is another factor. Many believe Rousseff knew what was going on, even though there is no evidence that she was directly involved, Smith said. In addition, many legislators who are implicated in the corruption scandal are pursuing her in part to avoid having media attention focused on them. And a third reason is that the coalition of small and unruly parties that Rousseff’s party has depended on has fallen apart.

Smith says the impeachment battle is a “misuse of democratic procedures” that is politically motivated.

“This is a moment in which those of us who care about Brazilian democracy should be sad,” Smith said. “In my opinion, the way many deputies who voted for impeachment celebrated the vote was unseemly. Even if a president deserves impeachment, one should treat the matter with dignity and gravitas.”

An Iowa State University political scientist says it is likely Brazilian President Dilma Rousseff will be impeached. Amy Erica Smith says the impeachment battle is politically motivated and reflects a fundamental misunderstanding by many lawmakers of how the country’s democratic institutions work.

“This is a moment in which those of us who care about Brazilian democracy should be sad.”