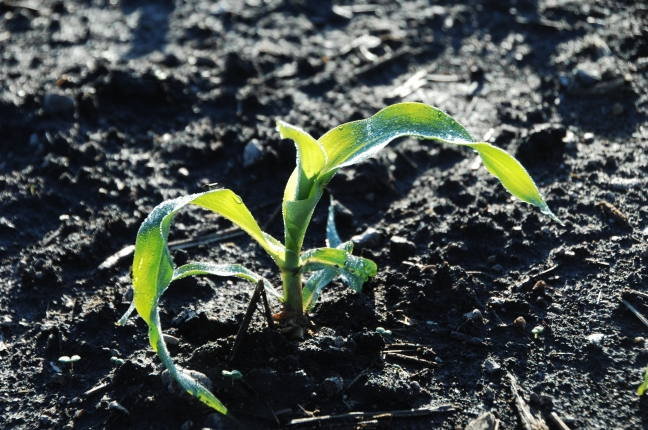 AMES, Iowa – Farmers across the Midwest are hitting the fields to plant crops for the 2016 growing season. The following agricultural experts at Iowa State University are available for media interviews about the field conditions, weather patterns and market trends that will affect both producers and consumers this year.

Hart said the U.S. Department of Agriculture has predicted U.S. farmers will devote more acres to corn and nearly as many acres to soybeans in 2016 comapred to last year despite low commodity prices. Barring disastrously bad weather, all those acres likely mean another big crop is on the way, he said.

Commodity prices have dropped in recent years as international demand has softened. At the same time, U.S. farmers have harvested enormous crops.

“There’s definitely a perception that we’ll have large crops again this year, and that’s going to hold prices down for a another year,” he said. “It’s likely we’ll have another year of large supplies and low prices.”

Hart said he sees some signs that demand may start to tick up again, but not enough to catch up with such large supplies.

“As we look at the demand side of the market, we’re seeing some improved spots,” he said. “Ethanol demand remains strong. Feed demand for both corn and soybean grows as the livestock industry rebuilds. Demand may rebound a little bit moving through next year, but supplies continue to just overhang the market situation. That’s why it’s hard for crop markets to get a lot of traction for upward movement right now.”

Licht said farmers have already begun planting to capitalize on recent favorable weather, but he encouraged producers to continue to pay close attention to weather forecasts as they get into the fields.

A sharp drop in night-time temperatures after seeds have been planted can lead to developmental problems for the crop, he said, especially if the cold temperatures are combined with wet conditions.

The newly planted seeds begin to soak up water in the soil as they prepare to germinate, but cold water can slow development of the plant, a process called imbibitional chilling. In some cases the chilling can even kill the plant, he said.

“If you see a forecast with a cold front coming through for a while or night temperatures getting really low, we’d say we want to hold off on planting for 12 to 36 hours,” Licht said.

Licht said planting activities usually reach their peak in Iowa between April 20 and April 25. During peak planting, Iowa farmers can plant between 1 and 1.5 million acres every day, he said. USDA forecast about 14 million acres of corn planted in Iowa this year and about 10 million acres of soybeans.

“We only need about 24 days to get things planted in Iowa, which is pretty impressive when you consider the scope of the work,” Licht said.

Taylor, who studies weather and its affect on agriculture, said the strong El Nino weather pattern that began in late 2015 could lead to weather conditions in the Corn Belt conducive to high yields.

Taylor said years during which El Nino, the name given to a band of warm water in the central Pacific Ocean, extends into a growing season results in above-trend yields in the Midwest for corn and soybeans 70 percent of the time, he said.

“That large area of lower-than-usual pressure along the equator will have an influence on adjacent pressure systems that can influence the Midwest,” Taylor said. “The low pressure can lead to favorably calmer weather in the Corn Belt with ample moisture and not excessively high temperatures.”

If El Nino gives way to a La Nina, or a cooling of waters in the equatorial Pacific, that could lead to hot and dry conditions in the Midwest that could reduce yields, Taylor said. But historic trends show that a persistent El Nino is the more likely scenario, he said.

Taylor estimated that the top five feet of soil in Iowa averages about 10 inches of moisture, which is adequate for successful planting. The soil will need roughly 10 more inches of moisture distributed throughout the growing season to produce an average crop and 15 additional inches for a bumper crop, he said.

Spring planting is underway, and Iowa State University agricultural experts are available to comment on the trends and stories that will shape the upcoming growing season.