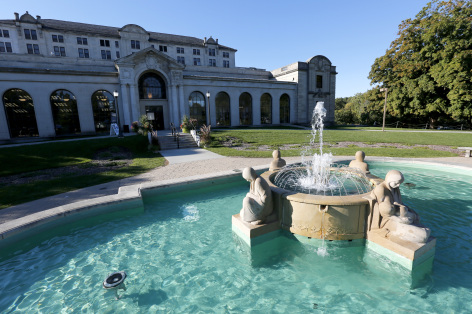 Repurposing this space will add up to 80 student beds on central campus. The MU housing will be operated like all other residence halls, with support from community advisers and other Department of Residence staff. Returning students who have a current 2016-17 residence contract have the option of selecting MU housing beginning April 28. Those interested can learn more at http://housing.iastate.edu/places/halls/mu.

More than 12,700 ISU students have lived in Department of Residence housing this academic year. Nearly 95 percent of all new freshmen choose to live on campus, and about half of the current residents choose to remain in university-owned or managed housing the following year.

Corey Williamson, interim director of the Memorial Union, sees the move as an evolution of the MU’s mission – which continues to be serving students and community.

“The ways in which we do that change throughout the years,” Williamson said. “The MU has been conducting a feasibility study to provide a clear understanding of how the building could be renovated to best serve students, and an evaluation of the most effective use of the guest rooms has been a central goal of that study. Most recently, guest rooms on the fourth floor have been used as temporary workspace for the College of Engineering dean’s office. As those faculty and staff move back to the newly renovated Marston Hall this summer, the MU has an opportunity to help address the housing needs of Iowa State students.”

Student housing will be located on floors 4, 5 and 6 of the Memorial Union. Hotel operations will cease July 1.