AMES, Iowa – The amount of media attention focused on the shooter in a mass killing sends the wrong message, says an Iowa State University associate professor of psychology. Douglas Gentile, an expert on media effects, says news reports about the killer, the type and number of weapons used and rounds of ammunition glamorize the situation and set a “high score” for future mass shooters to beat.

For that reason, Gentile says journalists need to re-evaluate how they portray the killer. It’s something the Brady Campaign to Prevent Gun Violence is trying to do with its “Zero Minutes of Fame” initiative. The advocacy group created a Chrome web browser plugin that replaces the killer’s name, image and other details with stories about the victims. According to the Brady Campaign, 30 percent of mass killings and 22 percent of school shootings are inspired by previous gun-related events.

Gentile says naming the killer offers little, if any, benefit to the public. It doesn’t help people comprehend what happened or connect people to the pain and suffering. Shifting the journalistic point of view from the aggressor to the victims and the impact on the community generates more compassion and empathy, Gentile said. 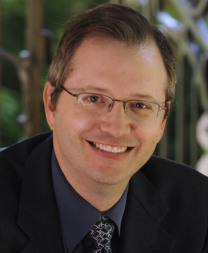 “I’m not saying we need a moratorium and should never talk about school shootings, but I want the media to report in a way that truly serves the community,” Gentile said. “When we see the truth about aggression, we stop seeing it as fun, exciting, worthwhile and glamorous. A simple change in how journalists portray violence makes a difference; people are more likely to be compassionate.”

The question with no easy answer

It’s only natural after a mass shooting to ask why or want to know what caused this to happen, but it’s a question that’s nearly impossible to answer. Aggression is multicausal, and it’s wrong to assume there is a single reason or explanation, such as violent video games, Gentile said.

News organizations are careful about how and whether they cover suicides, because they’re aware that reporting these stories can cause copycat suicides. Similarly, the idea of committing a mass shooting before killing oneself can be influenced by the news media, Gentile said. He points to the Time magazine cover that featured the Columbine shooters as just one example. That editorial decision put the teens on equal footing with the president or Dalai Lama.

“The media are showing every disaffected youth that the way to make a name for yourself is to not just kill yourself, but to take as many people with you as you can on the way out,” Gentile said. “News coverage normalizes behavior and shows that it’s acceptable, by virtue of the fact that it’s in the news. It also glamorizes the shooting because it’s important enough to make the news. Who makes the news? It’s usually powerful people or important people.”

What do journalists think?

Michael Bugeja, director of the Greenlee School of Journalism and Communication at Iowa State, says the killer’s name is a public record and should be reported. Journalists need to use care and include a warning, if necessary, when describing the shooting and selecting photos or videos for the story, he said. However, the suggestion that journalists re-examine how mass shootings are covered seems unlikely.

Each story comes with its own set of considerations when it comes to graphic warnings and legal and ethical considerations. Bugeja, a strong advocate for journalism education, says the place to learn these tenets is in the classroom. The Greenlee School covers these issues in required media ethics and law courses. 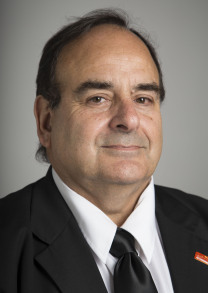 “Newsrooms now are productivity centers with little room for ethics discussions. Reporters are expected to be videographers, writers, producers, photographers and multimedia specialists. Editors do monitor social media and get immediate feedback, so they can temper or edit copy, especially errors, instantly. That partnership with the public is important; and crowd-sourcing—asking the audience what it wants and requesting information from viewers—is especially vital,” Bugeja said.

Gentile recognizes the pressures reporters face, but says that’s no excuse to ignore the issue and not initiate the conversation. Simply providing information because it’s a public record doesn’t help explain the situation, he added.

Bugeja countered that newsrooms have debated this topic for years. He says the public’s right to know generally prevails and little can be done to restrict information, especially with the advent of social media and user apps that transmit directly to blogs and microblogs.

“There will never be a single answer for how journalists should cover these school shootings and mass killings, but the problem is they haven’t had the conversation,” Gentile said. “News organizations should consider policies for how to report on mass shootings, similar to policies they have for reporting on suicides. Unfortunately, since Columbine we’ve never had this conversation in a serious way.”

The amount of media attention focused on the shooter in a mass killing sends the wrong message, says an Iowa State University associate professor of psychology. Douglas Gentile, an expert on media effects, says news reports about the killer, the type and number of weapons used and rounds of ammunition glamorize the situation and set a “high score” for future mass shooters to beat.