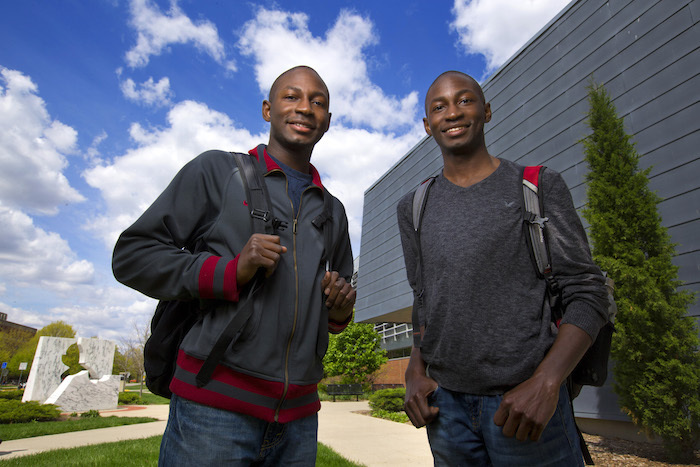 A few years ago, the Morgan twins — Donathan (left) and Jonathan — rode into town on Gates Millennium Scholarships, aiming to be engineers. On Saturday, the identical twins graduate from Iowa State University with degrees in electrical engineering (Donathan) and mechanical engineering (Jonathan).

The twins grew up in an urban neighborhood of Kansas City and graduated as co-valedictorians of their high school in 2009. They were among 20,000 promising scholars who applied for the 1,000 prestigious Gates Scholarships that year. The full-ride scholarships for low-income minority students could carry them all the way through doctoral degrees, if they wanted.

Although they've never lived apart, they will separate soon. Donathan has accepted a position with Henderson Engineers Inc., a multidisciplinary firm based in Kansas City. And Jonathan will continue at Iowa State as a graduate student. He'll be part of the research team in the Micro/Nano Systems Laboratory, studying bioengineering under Santosh Pandey, associate professor of electrical and computer engineering. 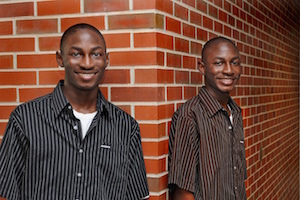