AMES, Iowa – Not long after Marriott announced plans to buy Starwood Hotels and Resorts, a Chinese insurance group offered to sweeten the deal setting off a brief bidding war. Marriott eventually secured the merger, but only after agreeing to pay more than its original offer. 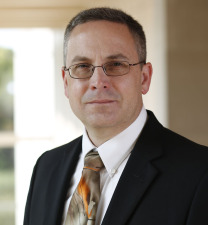 The deal is a perfect example of why David King, an associate professor of management in Iowa State University’s College of Business, says firms need to recognize the threat of competitive retaliation when acquiring another business. In an article published in California Management Review, King and Svante Schriber, an assistant professor at the Stockholm Business School, offer strategies to help firms avoid or lessen the risk.

“There are multiple ways that competitors can essentially reduce the deal’s value. Other firms can easily make a competing bid with no interest in actually winning just so the acquiring firm has to pay more money,” King said. “By knowing and paying attention to the competitive dynamics, firms that are making acquisitions can make better choices.”

The Marriott deal is just one example. In January, Meredith Corp. agreed to walk away from a merger with Media General, allowing Nexstar Broadcasting to buy Media General. King says there is plenty of evidence of competitors disrupting corporate mergers, but few researchers have explored the issue. In the case of Marriott, it must find a way to recoup the additional money paid for Starwood, and Meredith is now back at square one, he said.

“Meredith has to come up with a new path forward and will have to repeat a lot of the work it did before the deal went bust,” King said. “Meredith did receive a break-up fee, which will help ease the pain, but it will need to do something to be viable.”

Mergers create a lot of uncertainty, and research has shown these deals rarely add to the firm’s value. However, King says acquisitions can increase market power and maintain value the firm might have lost had it not pursued the merger.

What can firms do?

The fact that firms must essentially “handover their playbook” to comply with public disclosure requirements for government regulators and shareholders gives an advantage to competitors, King said. In their paper, he and Schriber outline 10 tactics that apply to different stages of an acquisition, starting with the period in which a firm selects a company to acquire to the final shareholder approval, as well as five tactics for integration once the acquisition is complete. Some key recommendations to lessen vulnerability to competitive retaliation include:

King says it’s unnecessary to employ all 15 tactics as some are counterproductive to others. Instead, it is important for a firm to tailor the response to its situation. Increasing awareness of these dynamics can help firms make better deals and prevent information from falling into the hands of competitors.

“There are multiple options within the existing system to limit the vulnerability,” King said. “Companies need to be careful. It’s not just the firm’s public disclosures that can help the competition. Anyone that wants to research it can find the information.”

Researchers say competitors can look at records for private jets to track activity of corporate executives. They also talked with executives who learned of a competitor’s deal after overhearing a conversation in public, and another case in which details outlining the merger were left on a whiteboard in a legal office. King, a retired Air Force officer, says in the military they played white noise when discussing a sensitive deal. The precaution may seem extreme, but King says “it pays to be paranoid” when pursuing multimillion-dollar deals.

An Iowa State University management professor says corporations need to recognize the threat of competitive retaliation when acquiring another business. There are multiple ways competitors can reduce the deal’s value. By knowing and paying attention to the competitive dynamics, firms making acquisitions can make better choices.

“There are multiple options within the existing system to limit the vulnerability. Companies need to be careful. It’s not just the firm’s public disclosures that can help the competition. Anyone that wants to research it can find the information.”