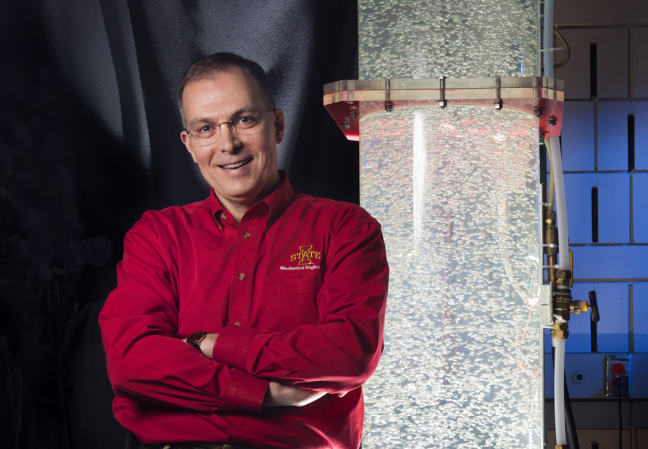 Ted Heindel will use the X-ray tools in his Experimental Multiphase Flow Laboratory to study spray prediction and control. Larger photo. Photo by Christopher Gannon.

AMES, Iowa – University engineers from across the country are studying the prediction and control of sprays with the goal of meeting the U.S. Department of Defense’s needs for better performance and efficiency.

The engineers say a better understanding of spray physics and control could improve combustion systems, liquid cooling, 3D printing and even help to mitigate the wakes of ships.

“Jet engines, for example, need dispersed fuel droplets,” said Ted Heindel, Iowa State’s Bergles Professor in Thermal Science in the Department of Mechanical Engineering and part of the study team. “And if a fighter jet is at 30,000 feet, how do you adjust the spray for the right air-fuel mixture to control combustion, reduce emissions and improve efficiency?”

The Department of Defense (DOD) will support the spray studies with a grant of up to $7.5 million over five years. Of that, up to $1.6 million will support studies in Heindel’s Experimental Multiphase Flow Laboratory.

The grant is part of the Defense Department’s Multidisciplinary University Research Initiative (MURI). The program recently awarded 23 grants totaling up to $162 million over five years.

“Over the past 30 years, the DOD’s MURI program has resulted in significant capabilities for our military forces and opened up entirely new lines of research,” said Melissa L. Flagg, deputy assistant secretary of defense for research.

The team’s goal is to combine expertise in theoretical, computational and experimental studies to develop spray controls. Team members expect to study many control methods – their ideas include changing flow conditions in the nozzle, producing electrically charged fluids and using acoustic vibrations.

“The constant push toward improved performance and efficiency drives the need to develop control strategies for sprays,” the team wrote in a project summary. “To enable optimal control of liquid atomization, it is first necessary to advance our understanding of sprays via detailed experiments and computational modeling.”

Heindel’s role in the study will be to use his lab’s X-ray tools to visualize the dense spray flow near the nozzle, measure spray paths and create 3D spray images. The experimental data will help validate computer models and their predictions of spray behavior and control.

It’s not an easy project. There are a lot of physics to study and understand, including turbulent eddies, flow instabilities and the size and number of droplets.

“We’ll look at fundamental spray characteristics,” Heindel said. “And we’ll have to stretch the technology we have to get the data we want.” 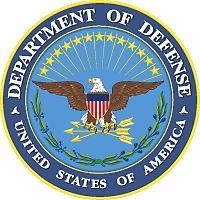 Engineers from across the country -- including Iowa State's Ted Heindel -- will study the prediction and control of sprays as part of a U.S. Department of Defense research initiative. The engineers say a better understanding of spray physics and control could improve combustion systems, liquid cooling, 3D printing and even help mitigate ship wakes. The Defense Department is supporting the research team with a grant of up to $7.5 million over five years.

“We’ll look at fundamental spray characteristics. And we’ll have to stretch the technology we have to get the data we want.”