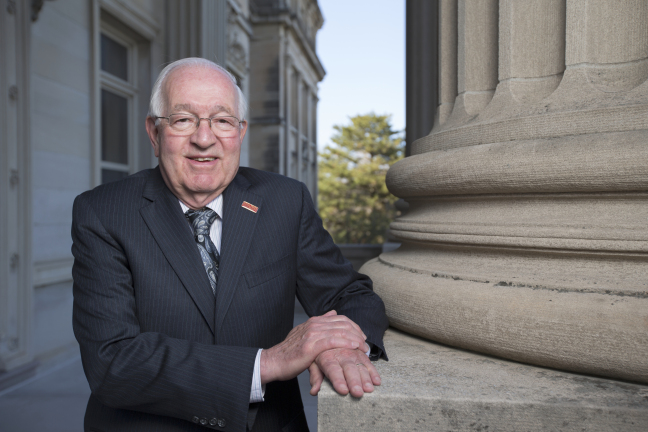 This is the latest entry in a series of articles telling the personal stories of Iowa State University faculty and staff whose work is changing the world for the better.

For a man who has worked in the same place for a half century, Senior Vice President for Business and Finance Warren Madden has experienced – and helped orchestrate – his fair share of change at Iowa State University.

Imagine Iowa State before Jack Trice Stadium. Before the Iowa State Center, University Museums and Reiman Gardens. Before CyRide and the ISU Research Park. Imagine knowing and working closely with people whose names today grace stately university buildings. This is a glimpse of Madden’s journey.

In 1966, enrollment at Iowa State was 15,183, and had been growing for seven years straight. Workers were just putting the finishing touches on the brand-new Knapp Hall dormitory south of Campustown, the second of four original residence halls in the Towers complex. (Storms Hall had opened to 600 male students the prior year.) Wallace and Wilson halls were completed soon after, followed closely by construction of the Maple-Willow-Larch (1967-71) complex on the east side of campus.

Back then, Iowa State’s beloved mascot, Cy, was an awkward tween at the tender age of 12. And the section of Interstate 35 connecting Ames and Des Moines had been open only a few months.

That’s the growing community that welcomed Madden back when then-Vice President Wayne Moore convinced his former student to become the university’s contracts and grants officer. Madden, a 1961 ISU industrial engineering alumnus, was working at 3M at the time. He’d just completed his MBA at the University of Chicago.

Moore had been Madden’s professor and adviser at Iowa State in the late 1950s. He’d seen Madden’s leadership in action as president of Pi Kappa Phi, when Moore served as a member of the fraternity’s housing corporation.

“It was kind of one of the ‘going’ houses,” Madden said. “It had a lot of campus leaders in it and was active.”

They were so connected that Madden and his high school and college sweetheart, fellow ISU undergraduate Beverly Schlacks, babysat for Moore’s children and those of another industrial engineering faculty member, Harold Cowles, on evenings and weekends. These were cherished relationships, and Madden appreciated being able to study in their homes on occasion – especially since he was hours away from his own family near Chicago.

Madden was a leader, even then, yet not unlike his peers. He was involved in student organizations, including the band. He built Veishea floats and homecoming displays. He remembers some epic snowball fights (there may have been some broken windows) and throwing senior fraternity members into Lake LaVerne.

And he got a few parking tickets.

The man who would decades later become a university senior VP and oversee its Parking Division parked his Nash Rambler (“you could see through the floorboard”) more than once in then-President James Hilton’s spot.

“I was going to Beardshear Hall to deliver something and got sidetracked,” Madden said. “You think you’re in a hurry and can do these things, and sometimes it catches up with you.”

Maybe that’s why, years later, Madden struck a deal with an Iowa State Daily sports reporter who racked up “a thousand dollars’ worth” of parking tickets, couldn’t pay, and couldn’t register for fall classes until his account was settled.

“He painted light poles for the summer,” Madden said. “Each light pole was worth about 50 bucks of his fine. So we gave him a ladder and a bucket of paint and paint brush. Most of July, every afternoon he was out painting light poles to work off his fine…you get the satisfaction of seeing those kinds of students learn some lessons and go on to be a success.”

By 1960, Madden was closing in on his undergraduate degree, and Bev – now his fiancée – started working on her graduate degree, teaching in what was then Iowa State’s home management department.  The young couple wanted to get married, but in order to live in the home management house (which Bev would oversee), they first had to get permission from three powerful women: Dean Helen LeBaron; Margaret Liston, head of home management; and Professor Marie Budolfson, program coordinator.

“I went over to the Tearoom and had this interview,” Madden recalled. “They grilled me for the better chunk of a morning. I don’t know what we’d have done if they’d said no.”

But they said yes, and the newlyweds settled in with 36 female students during their year in the North Nickell management house.

Fate had once again intervened, strengthening the Maddens’ ties to Iowa State.

Coming back to Ames

When Madden came back to work at Iowa State in 1966, he expected to stay for only a couple of years while Bev finished her graduate degree in family environment. Working as an assistant to Moore allowed Madden “to be engaged in a lot of different things,” including planning for the Iowa State Center (1969-75). “In those early years, I worked on a lot of different projects and had the opportunity to work with lots of people,” he said.

Like Moore, President W. Robert Parks was a mentor: “He gave me the chance (in 1984) to become a vice president,” Madden said.

Madden also was close to Carl Hamilton, head of the technical journalism department and later vice president for information and development.

“I view Carl as another one of those special Iowa State people,” he said. Hamilton was a grandfather figure to Madden’s two sons in those early days. Madden now lives on the lot on Oakwood Road where Hamilton’s house once stood.

“Carl Hamilton, President Parks and Wayne Moore were kind of the triumvirate. I got drawn into that circle as I matured,” he added. 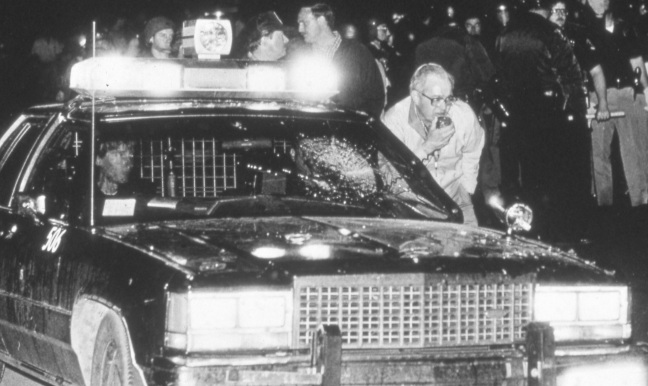 Madden asks rioters to disperse and go home during the 1988 Veishea disturbance. A thrown brick had just missed Madden's head by inches. Ames City Manager Steve Schainker is pictured in the background. Photo by Tim Hynds.

They were preparing him for a complex role. Madden’s office oversees a vast portfolio: business operations, services, facilities, finance, public safety, environmental health and safety, Reiman Gardens, public radio, University Museums and the Iowa State Center. Dozens of units within the division are responsible for every dollar, every building, every work of art and blade of grass over 14 million square feet of space and 11,500 acres of land under university oversight.

From the power plant to payroll, to policing and purchasing – and all of those other necessary and sometimes invisible functions that keep the enterprise running – that’s what business and finance does. It is so expansive that (following Madden’s retirement at the end of June) President Steven Leath announced he will reorganize the office into two divisions: the division of finance and the division of university services.

If Madden has not seen it all, he certainly has seen more than most.

He was here when the New York Philharmonic christened the brand-new Stephens Auditorium in 1969 – a festival The Los Angeles Times called the “cultural coup of the year.” He managed the university budget as it grew from $61 million (in 1966) to $1.4 billion today – 23 times what it was when he started. He forged deep relationships with donors, city and community leaders. He persevered through budget cuts and floods. He broke ground on new buildings. He enjoyed dozens of successful Veishea celebrations and, despite herculean efforts on the part of many, too many disturbances and its eventual demise.

He’s watched a new crop of freshmen pass through Beardshear Hall every one of the last 50 years.

“We all get older, and those students don’t ever age,” Madden said. “You get a lot of energy out of all that.”

“Presidents have given me a pretty broad degree of freedom to work in areas I’ve found challenging and interesting,” Madden said. “I’ve been involved in relationship building with legislators at the state and national level. I’m on a first-name basis with governors. I managed a commercial television station. I was part of the team that negotiated to keep the Ames Laboratory contract here. I had a chance to know Frank Spedding, major researcher of the Manhattan Project. I was a major player in developing CyRide, one of the most successful bus systems in the country. There are not a lot of environments where those kinds of things could happen. Some of it, maybe, but not all of it.

“I take great pride in central campus. You can see the green space. You take pleasure in having played a role in maintaining all of that.” 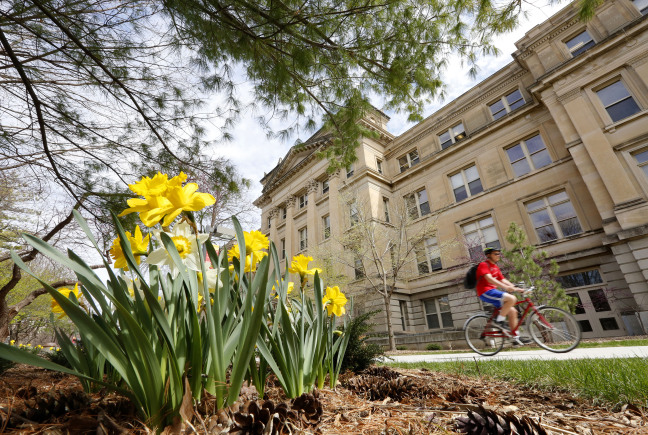 This is Madden’s typical response. And yes, there are a fair number in the university community who continue to address him that formally -- both out of respect and habit.

He has been here a long time, after all, nearly a third of the university’s history. Madden’s institutional knowledge is deep, which belies the towering stacks of paper on his desk. (Why so many files when all of those details are rolling around in his head?) Email a question to him, and he’ll respond promptly and substantially. He never acts as though he knows more than you do on any given university subject. . . but he probably does. All the necessary information will be right there in his response, often in a big paragraph. Rarely are commas involved.

“You can look back occasionally. I try not to internalize things and go on. You also can’t look back because you can’t change the past. You can do something about the future,” Madden said. “You want to learn from the past. You don’t want to just repeat the past.”

He added, “Times change and you have to figure out how to evolve with it. The odds of future people having a 50-year career like I’ve had aren’t tremendous. I don’t regret doing anything I’ve done, or staying at Iowa State all this time.”

“Iowa State is a very special place. It’s been a great run.” 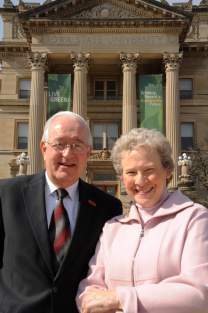 The Maddens outside Beardshear Hall, 2009 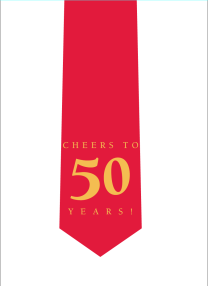 Senior Vice President Warren Madden will be honored at a retirement reception on Friday, June 24, in Benton Auditorium, Scheman Building. The program begins at 4 p.m.