AMES, Iowa – President Obama’s trip to Hiroshima is not only significant because it is the first visit by a sitting American president, but for the point it makes about the proliferation of nuclear weapons, says an Iowa State University political science professor. 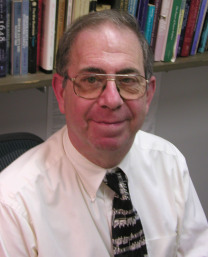 “I think what the president is doing is much more in line with an objective he had set out early in his administration – a world in which there would be no nuclear weapons at all,” said Richard Mansbach, a scholar on U.S. foreign policy. “This trip is not about apologizing for what happened in 1945. It’s President Obama’s last commentary or signal regarding his goal of a nuclear-free world. One of the problems he’s confronted is that it can’t be done unilaterally.”

The president has faced resistance at home from a Republican-controlled Senate and internationally as countries, such as North Korea, push to modernize their nuclear forces. To his credit, Obama’s administration negotiated deals with Russia to reduce its stockpile, and with Iran to limit further proliferation of its nuclear weapons, Mansbach said. However, that progress has Mansbach concerned about a new nuclear arms race – an issue he addresses in his new book, “Contemporary American Foreign Policy.”

“As a result of congressional pressure and because of exigencies from overseas, the U.S. has significantly upgraded American nuclear weapons, some of which I think are very dangerous,” Mansbach said. “I am concerned about a new nuclear arms race that in many ways could be more dangerous and would justify the possibility of additional countries getting nuclear weapons.”

Mansbach says the fact that these weapons exist increases the likelihood they’ll be used. Hiroshima is one of only two times nuclear bombs were used in warfare. It became taboo once the world saw the destruction, Mansbach said, but once that taboo is violated, others will follow suit.

Mansbach’s concerns also stem from comments made by the presumptive GOP presidential nominee suggesting that Japan and South Korea should have nuclear weapons. “That’s one of the most frightening suggestions that anyone could make in a foreign policy context,” Mansbach said.

This is just one of several foreign affairs issues the next president must address when he or she takes office. Mansbach also includes ISIS and the Middle East, European alliances, as well as China and the global economy on that list. Foreign affairs generally do not play a major role in elections, but Mansbach says voters need to realize it’s no longer possible to separate domestic policy from international affairs.

For example, a major campaign issue such as the economy is directly linked to immigration and trade issues. Mansbach says politicians are quick to make promises they know will resonate with some voters, while ignoring the consequences. The suggestion of raising tariffs on China or negotiating to reduce the amount the U.S. owes other countries are two such examples, which “illustrate a complete ignorance of the way economics work,” Mansbach said.

“One of the characteristics of a globalized world is that the wall between domestic politics and international politics has virtually disappeared. Almost anything of significance domestically has almost instantaneous foreign impacts and vice versa,” Mansbach said. “Politicians like to see the world as two separate issues – foreign and domestic, but it doesn’t work like that. It’s all part of the same fabric, and if you start unwinding the fabric, the whole thing unravels.”

An Iowa State University political scientist says President Obama’s trip to Hiroshima is significant for the point it makes about the proliferation of nuclear weapons. Richard Mansbach also explains why this presidential election has him frightened about future U.S. foreign affairs.

“Politicians like to see the world as two separate issues – foreign and domestic, but it doesn’t work like that. It’s all part of the same fabric, and if you start unwinding the fabric, the whole thing unravels.”