AMES, Iowa – Researchers at Iowa State University have discovered what could lead to a new treatment for spinal muscular atrophy, a potentially fatal genetic disorder in young children.

Ravindra Singh, a professor of biomedical sciences in the ISU College of Veterinary Medicine, said Alu elements, or short and transposable stretches of DNA that appear only in primates – can produce an alternate form of a housekeeping gene known as Survival Motor Neuron that scientists hadn’t previously encountered.

This new variant, called an isoform, produces a more stable protein that could hint at the possibility it plays a role in alleviating the severity of spinal muscular atrophy.

“We didn’t know we could make this more stable protein before,” Singh said. “If you had a way of stimulating the production of this protein, that could be therapeutic.”

Spinal muscular atrophy results from the loss or mutation of a gene called Survival Motor Neuron 1, often referred to as SMN1. If SMN1 is deleted or doesn’t function properly, not enough SMN protein is produced, giving rise to the disease.   Most humans possess a nearly identical gene, SMN2, which can function as a substitute. But a portion of SMN2 can be lost during splicing, or when pre-mRNA is turned into mRNA by getting rid of non-functioning parts of the gene.

For the paper, Singh and his coauthors showed that an Alu-like sequence is naturally inserted into SMN2 mRNA, resulting in more stable proteins that may lessen the severity of the disease. The SMN2 gene contains about 40 Alu elements, and this discovery represents the first Alu element to be inserted in the coding sequence.

“This new isoform is expected to be selectively expressed at high levels in stress-associated conditions, such as high oxidant exposure or when an infection is present, and possible in specific cell types,” Singh said.

Turning the results into a working therapy, however, will require much more research, Singh said. But the findings point to new potential in addition to the progress already being reported for the therapy of spinal muscular atrophy, he added.

The function of Alu-like sequences remains largely unknown, but they can be found in about 10 percent of the human genome, Singh said. They appear only in primates, which likely means they played an important evolutionary role in humans, Singh said. 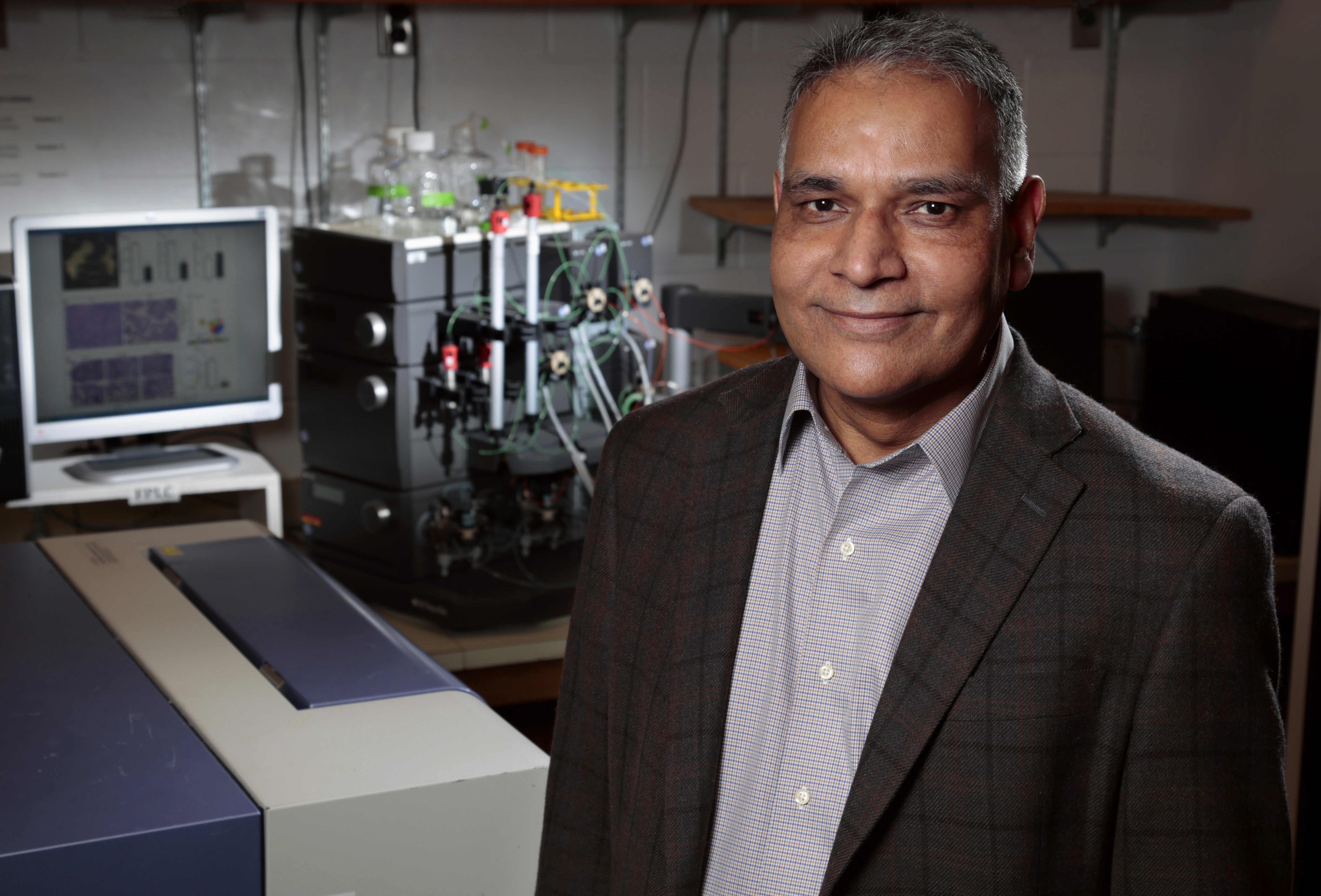 Alu elements, or short stretches of DNA found only in primates, may hold the key to a potential new therapy for spinal muscular atrophy, according to new ISU research.

“We didn’t know we could make this more stable protein before. If you had a way of stimulating the production of this protein, that could be therapeutic.”