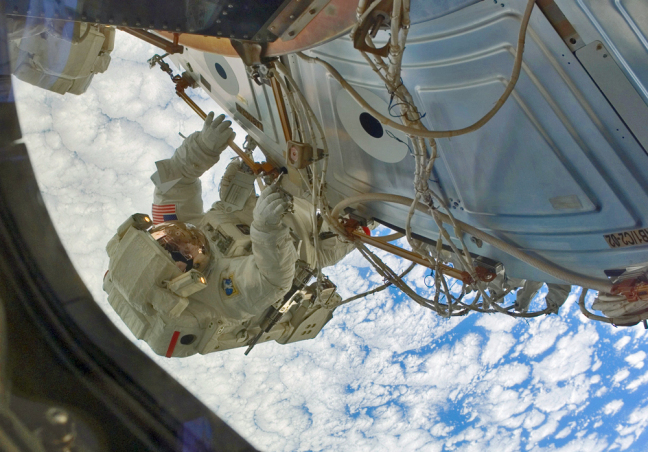 Astronaut Clayton Anderson works in space during his five-month stay at the International Space Station in 2007. Larger photo. Photo by NASA.

AMES, Iowa – It really isn’t all about training the next generation of astronauts.

The third year (or Expedition 3) of the Spaceflight Operations Workshop at Iowa State University is really more about helping students learn to think in a new way, said Clayton Anderson, a retired astronaut who inspired the workshops and has helped teach and organize them.

This year’s workshop is Aug. 8-14. It features astronaut-training exercises such as scuba lessons, teambuilding activities, flight simulations, skydiving, a virtual reality trip to the International Space Station, wilderness survival and lectures about spaceflight.

While spaceflight is the major theme, it’s not the only theme. Anderson said the workshop will also teach the 12 students in the workshop (10 from Iowa State, two from Tuskegee University in Alabama) how to think operationally.

That’s a necessity if you’re an engineer designing spacesuit controls that can be used in zero gravity, with big gloves and limited visibility. Anderson said the same kind of thinking applies to the engineers who design tractors or bulldozers or passenger cars.

“You need to think like an operator – that thought process is different,” said Anderson, a veteran of two flights to the International Space Station, an Iowa State distinguished faculty fellow in aerospace engineering and author of a memoir, “The Ordinary Spaceman.” Anderson earned a master’s degree in aerospace engineering from Iowa State in 1983.

Just think, he said, what would happen if everybody learned to drive by reading a book? Well, he said engineers should go beyond the textbook when they design machines, software or systems.

“I want to expose these students to a different way of thinking, problem-solving and leadership,” he said. “As astronauts, we learned to think like an operator of a space ship, a space suit, a robotic arm and a cargo vehicle.”

The workshop, he said, will expand the curriculum and could give students an advantage in the job market.

Anderson said the workshop has the potential to one day grow into an academic minor. And, it could also be something that industry might use to train company leaders.

“This workshop,” he said, “is way bigger than spaceflight operations.” 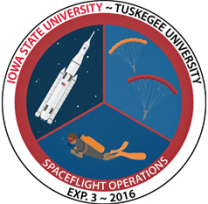 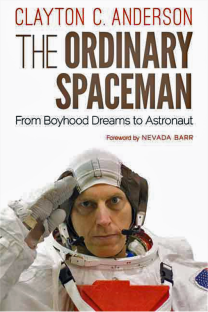 “I want to expose these students to a different way of thinking, problem-solving and leadership. As astronauts, we learned to think like an operator of a space ship, a space suit, a robotic arm and a cargo vehicle.”