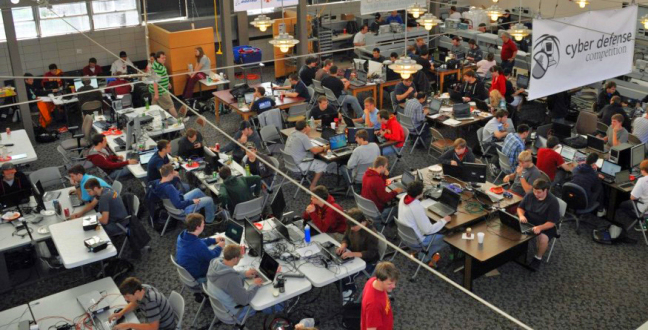 AMES, Iowa – Iowa State University engineers call it ISERink because their complex software (60 pages of installation instructions!) is designed to be just like an ice rink.

A sheet of ice can support all kinds of games – from hockey to figure skating to speed skating to just skating around for the fun of it.

ISERink is a cyber-security playground designed to support all kinds of activity – from cyber defense competitions, to university classes, to research projects to industry training.

“This is a ‘baby internet’ surrounded by all the pieces you need to play all these different games,” said Doug Jacobson, a University Professor of electrical and computer engineering at Iowa State and chief developer of the software.

“The beauty of this environment is that on the inside it looks like you’re connected to the internet,” Jacobson said. “But in reality the environment is all contained.”

That means the hours of attacking networks and building firewalls that go into a cyber defense competition aren’t played out on the open internet. They’re happening inside a virtual internet that looks and feels like the real thing.

The ISERink technology was recently named a finalist for a 2016 R&D 100 Award. The awards are presented by R&D Magazine and have been dubbed the “Oscars of invention.” Award winners will be announced at a conference Nov. 3 near Washington, D.C.

The ISERink technology is a small-scale spinoff of ISEAGE (pronounced “ice age,” the Internet-Scale Event and Attack Generation Environment), a controlled, simulated internet for cyber-security studies. Jacobson developed the technology at Iowa State with support from the U.S. Department of Justice.

“The whole goal of ISERink was to create a cyber playground that others could use,” Jacobson said. “Now other schools can use the equivalent of what we’ve been using at Iowa State for our cyber defense competitions.”

Those Iowa State competitions feature student teams building, maintaining and protecting a network for eight hours at a time from a team of hackers made up of industry professionals and graduate students.

And now that Iowa State has a new computer lab (ISELab, in 1041 Coover Hall) with ISERink loaded onto the hardware, Jacobson said he’ll use the technology in his own network-security classes.

“This is really something we wanted to provide to the cyber-security community,” Jacobson said. “This allows the community to do a lot of activities – without relying on expensive software.” 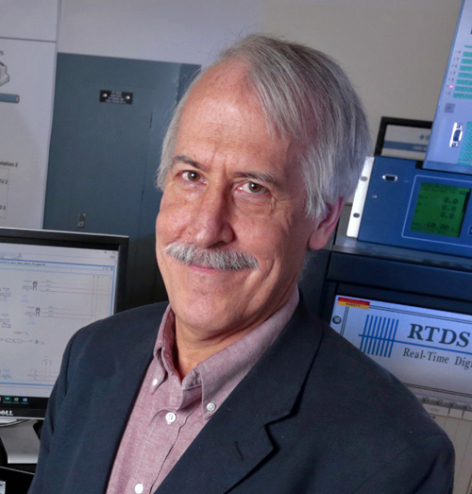 A cyber-security playground developed at Iowa State is one of the finalists for this year's R&D 100 Awards, dubbed the "Oscars of invention." The ISERink technology can be used for cyber defense competitions, university classes, research projects and industry training. The software is available to other universities, colleges, community colleges and government agencies for free.

“This is a ‘baby internet’ surrounded by all the pieces you need to play all these different games. The beauty of this environment is that on the inside it looks like you’re connected to the internet. But in reality the environment is all contained.”