AMES, Iowa -- Michael Fosberg grew up in a working class family outside of Chicago. He thought he was white. After all, his biological mother was white. His adoptive father was white. Fosberg assumed the biological father he had never met was white, as well. But at the age of 34, he learned his father was a black man.

This life-changing event led to a remarkable journey of self-discovery that inspired Fosberg to write his autobiographical play, “Incognito." The play probes his past, his family's reaction, and our country's difficulty in understanding and discussing identity, race and heritage.

Fosberg will present his one-man play at 7 p.m. Thursday, Sept. 8, in the Memorial Union Great Hall at Iowa State University. His unique presentation, "Incognito: On Race, Identity and Self Discovery," will be followed by a discussion about the meaning of race and identity and the importance of embracing diversity.

Speaking to NPR's Michele Norris in 2011, Fosberg said, "I think people want to understand one another, and they have a desire to have dialogue, but there's a great amount of fear. And I'm trying to promote the idea that we need to create a safe place where we can have dialogue about who we are and how we see one another."

Fosberg has worked for more than 30 years as an actor, writer, director and educator. He has performed the play and facilitated meaningful conversations nationwide at schools, corporations, government agencies, nonprofit organizations and military bases. He has been a frequent guest in the media speaking on race and identity issues.

Fosberg's 2011 memoir, "Incognito: An American Odyssey of Race and Self Discovery," is a follow up to his highly successful play. A second book — about his decade of efforts to provoke conversations about race — is in the works.

Fosberg's talk is co-sponsored by Alpha Delta Pi; the departments of human development and family studies, psychology and sociology; and the Committee on Lectures, which is funded by Student Government. 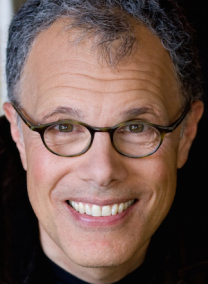 "Incognito: On Race, Identity and Self Discovery"