AMES, Iowa – About half of all adults, or 117 million people, have at least one chronic health condition according to the latest statistics from the Centers for Disease Control and Prevention. A Harvard Medical School researcher will explain how physical activity can reduce the rate of chronic illness during the Hilton Chair Lecture at Iowa State University.

I-Min Lee is a professor of medicine and a leading researcher on the role of physical activity in preventing chronic diseases and enhancing longevity. Her free, public presentation, “Physical Activity: Wonder Drug for Chronic Disease Prevention,” starts at 7 p.m. on Thursday, Sept. 29, in Benton Auditorium, Scheman Building, Iowa State Center.

The risk of premature death from a sedentary lifestyle is similar to that of smoking, Lee said in an interview with the BBC. The study also found inactivity is a common factor in chronic illnesses, such as heart disease and Type 2 diabetes.

Warren Franke, a professor of kinesiology and publicity chair for the Hilton Lecture, says there are many misconceptions about the benefits of physical activity.

“People often think of exercise as it relates to weight loss, but the benefits of physical activity are far greater,” Franke said. “Dr. Lee’s research clearly demonstrates that effect.  Her work also shows that any activity is better than nothing. People don’t realize how little it takes—it doesn’t have to be ‘exercise’ to be beneficial.”

Lee has served as an expert panelist for such groups as the American College of Sports Medicine, American Heart Association, and the U.S. Department of Health and Human Services, for which she wrote the scientific report on the 2008 physical activity guidelines. Her most recent research has focused on women's health in collaboration with Brigham and Women’s Hospital and the National Cancer Institute.

Lee’s lecture is sponsored by the Helen LeBaron Hilton Chair Endowment, the College of Human Sciences and the Committee on Lectures, which is funded by Student Government.

About the Hilton Chair

Established in 1995, the Hilton Chair was endowed by a gift of more than $1.3 million from the estate of Helen LeBaron Hilton, who served as dean of the College of Home Economics from 1952 to 1975. That college is now part of the College of Human Sciences. 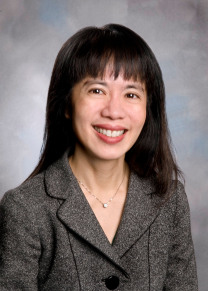