The risk and reward of financial sector reform in the U.S.

AMES, Iowa – It’s impossible to predict the next startup that will make the Fortune 500 list, but James Brown can say with certainty that it won’t happen without an infusion of risk capital.

The value of risk capital is often overlooked or forgotten in debates about financial sector reform, said Brown, who holds the Dean’s Professorship in Finance in Iowa State University’s College of Business. But without it, there’s no way to fund high-risk ventures that have the potential to become the next Apple or Microsoft. Brown is concerned the push for stricter financial regulation could negatively affect future growth and innovation.

This is not the type of capital critical to most Main Street businesses and major corporations, Brown said. Risk capital benefits small- and mid-size companies that have the potential to expand, but often need outside capital to do so. The amount of funding available for these riskier startups is an important measure of the financial market’s performance, Brown said. 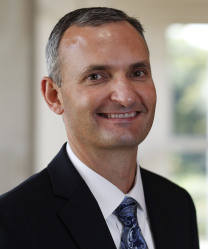 “These companies may be relatively small in numbers, but they’re really important to the economy,” he said. “Even if 99 percent of high-tech startups ultimately fail, the 1 or 2 percent that succeed generate the innovations that drive economic growth and improve living standards.”

There is some evidence that U.S. capital markets are not delivering the risk capital they once did, Brown said. He points to the decline in initial public offerings and companies opting to list on foreign stock exchanges. What’s not clear is if this is a result of the economic slowdown or companies struggling to get capital in the U.S. to fund new innovation.

Economic growth is tied to a number of factors, but the efficiency and liquidity of capital markets in the U.S. play a large role, said David Spalding, Raisbeck Endowed Dean of ISU’s College of Business. Spalding echoed Brown in stressing the need for risk capital – pointing to Google, Uber and Airbnb as examples of businesses that have succeeded in large part because of venture capital – but he added that it takes all types of capital to support business from on Main Street to Wall Street.

Spalding, who previously worked for Chase Manhattan and Lehman Brothers, says stricter regulations aimed at reigning in major financial institutions considered “too big to fail” have hurt smaller banks and limited economic growth. He agrees that reform was needed, but says the Dodd-Frank Act went too far and is crippling small and medium-sized banks that have limited resources to comply with the regulatory obligations. 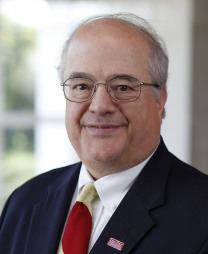 “Dodd-Frank is pressuring some of the smaller banks in this country and that’s a problem. Those small banks provide liquidity on a day-to-day basis to small businesses in small towns across America. As those small banks find it more and more difficult to survive, because of regulatory costs, we’re going to lose something that’s been an important part of our growth across this country,” Spalding said.

Since Dodd-Frank, no new bank charters have been issued in Iowa and very few issued in the country, which is unprecedented, Spalding said. He understands the desire to eliminate risk, but stressed that there will always be a degree of risk associated with the financial markets.

The case for strong financial markets

To illustrate the economic benefits of financial market development, Brown referenced a recent paper in which he and his colleagues studied differences in financial and economic development across Native American reservations. The paper, published this spring in The Review of Financial Studies, compared the economic gap between reservations under the jurisdiction of state courts with those guided by tribal courts.

While the legal differences contribute to the strength of the financial markets in this case, Brown says a key takeaway is the economic benefits of better functioning financial markets in terms of personal income and small business development. He acknowledges that the financial sector played a role in the 2008 economic crisis. However, instead of focusing on the size of the financial sector and overall amount of regulation, he said the emphasis should be on the effectiveness of the regulatory structure, and the impact any new reforms will have on the ability of financial markets to fund new investment and help companies and households manage liquidity and risk.

“We can’t lose sight of the fact that the U.S. financial sector has funded a level of innovation and growth that is remarkable over time,” Brown said.

Spalding agreed, “We need to be rigorous on weeding out bad and illegal activity, but that’s not a reason to overly constrain the deepest financial market in the world.”

The value of risk capital is often overlooked or forgotten in debates about financial sector reform. A finance professor and the dean of Iowa State University's College of Business explain why risk capital is critical for high-risk ventures, and how reform efforts have limited economic growth.

“Even if 99 percent of high-tech startups ultimately fail, the 1 or 2 percent that succeed generate the innovations that drive economic growth and improve living standards.”

"As those small banks find it more and more difficult to survive, because of regulatory costs, we’re going to lose something that’s been an important part of our growth across this country."