Design piracy a tough case even for fashion police 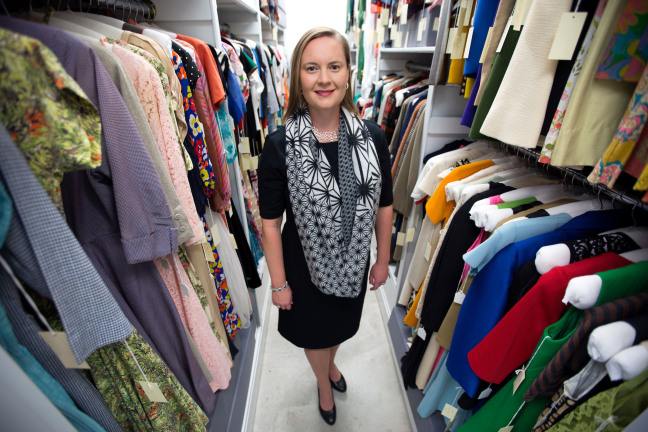 AMES, Iowa – It’s said that imitation is the sincerest form of flattery, but it hardly feels like a compliment to fashion designers when their work is copied or sold as a cheap knockoff.

Fashion piracy is a legal quagmire that dates back to the late 19th century, says Sara Marcketti, professor of apparel at Iowa State University. And the reason it still happens today is simple – consumer demand and technology often trump creative ownership as companies compete to provide the latest styles at a price everyone can afford.

“Consumers have more access to the latest designs and that demand fuels what’s produced,” Marcketti said. “Regardless of how much money they have in their bank account, consumers want the latest styles without breaking the bank.”

Consumer demand is such a driving force that knockoffs of celebrity wedding gowns or red-carpet dresses are often available within hours after they’re unveiled. Marcketti and co-author Jean Parsons highlight several examples in their book, “Knock it Off: A History of Design Piracy in the U.S. Women’s Ready-to-Wear Apparel Industry.” Kate Middleton’s wedding gown, which countless designers reproduced just 12 hours after the ceremony, is one such example.

While some designers view piracy as a way to make fashion accessible to everyone, Marcketti explained that others are taking legal action to protect their designs. Still, Marcketti says lawsuits are far from a solution to the problem, and that many cases are not so clear cut as to be easily decided by a judge or jury.

“The long-standing problem with protecting design is who decides what is a copy and what is an original? Even simply changing the fabric of a piece of clothing can change the look completely or if you change the pattern ever so slightly,” Marcketti said.

Litigation is also an expensive avenue to pursue, which gives larger companies an advantage. Smaller, independent fashion designers often lack the time and resources to go after those stealing their work, Marcketti said. Some designers have turned to social media in an attempt to publicly shame copycats.

Trademark or copyright infringements and design patents are often at the center of most legal battles. All three are intended to stymie copycats, but as Marcketti and Parsons explain in the book, such cases are difficult to prove and enforce. Simply securing a patent can take years. The piece must be inventive, original and novel all in the eyes of someone skilled in that art to get approval, Marcketti said.

Since the 1980s, designers have worked with Congress, with little success, to pass anti-piracy legislation. Instead of giving up, Marcketti says some designers have tried to “beat pirates at their own game” by creating affordable versions of their most popular items. Marcketti writes in the book that in the 1990s, “Bill Blass believed that his $1,950 pearl-strapped black cocktail dress would be an easy target for knockoff firms, so he concurrently created a $150 copy for his lower-priced dress collection.” Other designers, such as Vera Wang, have recently partnered with big-box stores to reach a wider audience at a lower price point.

The fact that designers are making their clothing lines more accessible also reflects changes in consumer preference. For some, quantity and variety are more important than quality. There’s also an expectation that clothing may only last or “be in style” for one season. Marcketti says it’s not easy to pinpoint who is responsible for shifts in style – for example, the shift from capris to ankle pants – which also influence consumer demand.

There are no easy answers to the piracy dilemma, Marcketti said. As a historian, she wants to bring attention to the different aspects (economic, social and technological) that must be considered. Piracy has been a long-standing argument over consumer access and protecting designers’ creativity.

“These arguments are so contradictory. For every pro, there’s a con,” Marcketti said. “There are examples that are a very clear violation of a designer’s creativity, but there are many other times when it’s not as clear.”

Fashion piracy is a legal quagmire that dates back to the late 19th century. In her new book, Iowa State professor Sara Marcketti explains why consumer demand is a driving force, and why some designers are taking legal action.

“The long-standing problem with protecting design is who decides what is a copy and what is an original? Even simply changing the fabric of a piece of clothing can change the look completely or if you change the pattern ever so slightly.” 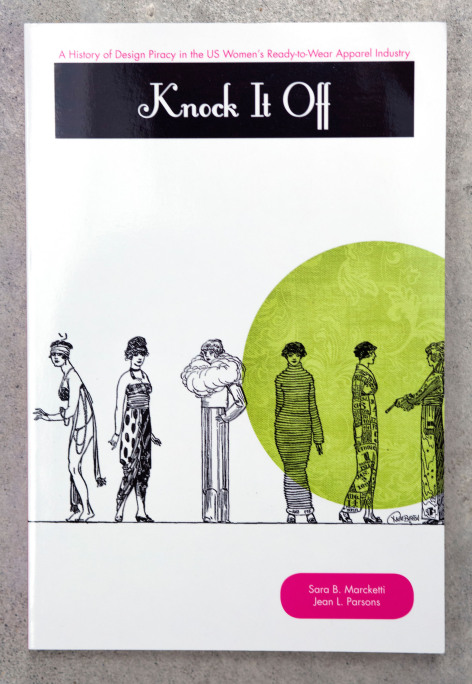