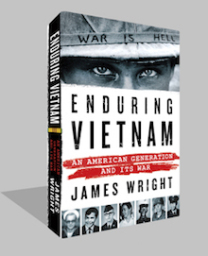 AMES, Iowa -- The author of a forthcoming book that brings Vietnam veterans out of the shadows will speak at Iowa State University.

James Wright will present "Enduring Vietnam: Reflections on a War and Those Who Served" at 8 p.m. Thursday, Nov. 10, in the Memorial Union Great Hall. His free, public talk is part of the university's National Affairs series: "When American Values are in Conflict."

Wright is president emeritus and Eleazar Wheelock Professor of History at Dartmouth College. A Marine veteran, he is also author of "Those Who Have Borne the Battle: A History of America's Wars and Those Who Fought Them." His new book puts a human face on the Vietnam War by recounting experiences of the young Americans who fought there. It describes these baby boomers growing up in the 1950s, why they went into the military, what they thought of the war, and what it was like to serve in Vietnam — and to come home.

Wright served as president of Dartmouth College from 1998 until June 2009. He was a leader in establishing an educational counseling program for wounded U.S. veterans offered through the American Council on Education. He also worked with several U.S. senators to double college benefits for troops and veterans of the Iraq and Afghanistan wars. He recently participated in director Ric Burns' film, "Debt of Honor: A History of Disabled Veterans in America," which aired on PBS. Over the last few years, he has written articles in the online publications Foreign Affairs, The Atlantic and the Huffington Post around the theme of how American society largely ignores those who fight and sacrifice in the country’s wars.

His talk is co-sponsored by the College of Business, history department, ISU Veterans Center, and the National Affairs Series and Committee on Lectures, both funded by Student Government. More information is available online at ISU Lectures Program, or by calling 515-294-9935. 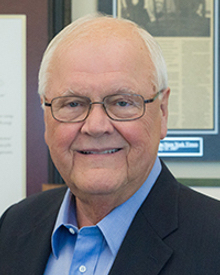 "Enduring Vietnam: Reflections on a War and Those Who Served"
James Wright