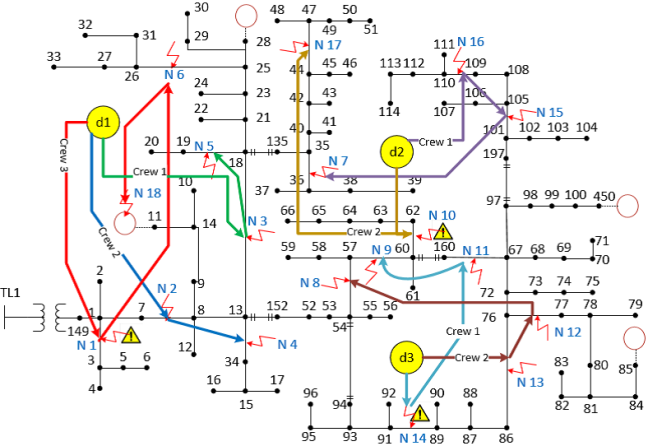 AMES, Iowa – In the aftermath of Hurricane Matthew earlier this month, NASA released satellite images showing long, dark swaths along the Atlantic coasts of Florida, Georgia and the Carolinas.

Some 2 million homes and businesses lost power in the storm. A low-tech and decades-old power grid never had a chance.

Wang and other engineers are working to change that. They’re looking for ways to modernize the distribution system that brings power to our homes and offices. They’re out to make a more reliable power grid for all of us. They want to build a smart grid.

“The main purpose of grid modernization is to build an efficient and resilient power grid for the future development of our economy,” Wang said.

Wang is now working on four projects that could help build a better grid:

Wang said the projects are also supported by cost-share funding from Iowa State, the College of Engineering, the department of electrical and computer engineering and the Iowa Energy Center.

The four grid projects will support the work of eight doctoral students and one postdoctoral researcher. Wang said all the research has a common goal that can be appreciated by anybody riding out a storm:

“We’re always trying our best to do one thing – enhance the power grid. We want to make it more secure, reliable and resilient. We’re trying to build a power grid that is modern, flexible and highly efficient.” 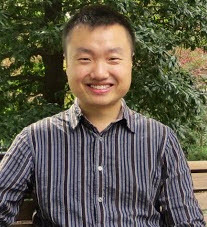 Iowa State's Zhaoyu Wang has four grants supporting his work to develop a smarter, more reliable power grid. His work includes developing a tool that will help utility companies recover from natural disasters, modeling power demand down to the level of homes and businesses, studying cascading power outages and investigating an advanced business model that helps manage the power system's risks and uncertainties.

“We’re always trying our best to do one thing – enhance the power grid. We want to make it more secure, reliable and resilient. We’re trying to build a power grid that is modern, flexible and highly efficient.”