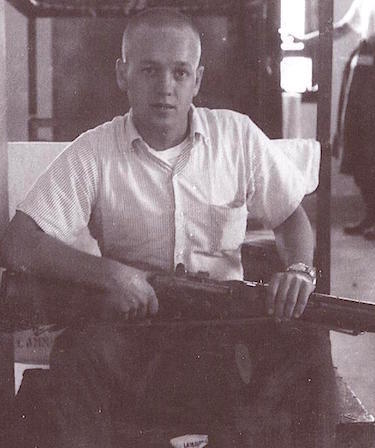 AMES, Iowa -- During a Veterans Day observance, Iowa State University will honor a former student from Forest City who lost his life in Vietnam.

Donald Gary Lammers and three other former Iowa State students who died in military service will be recognized during the Gold Star Hall Ceremony, 3:15 p.m. Monday, Nov. 7, in the Memorial Union Great Hall on the university's campus. It is free and open to the public.

Although Lammers' name was previously engraved on the memorial wall, he has not been honored in a ceremony. His remembrance has been made possible with information provided by his sister Diane Rasmussen, Georgetown, Texas.

Donald Lammers was born March 29, 1944, to William and Myrtle Lammers in southern Iowa. He grew up with two brothers, David and Dennis, and one sister, Diane. His father, William, served in the United States Army in World War II with the 473rd infantry in Italy.

Lammers, who attended high school with Iowa Gov. Terry Branstad, was active politically throughout his school years and took part in the student government senate. He participated in athletics, becoming the captain of the basketball team his senior year. Lammers graduated from Forest City High School in 1962 as class valedictorian. He returned to Forest City every summer after graduation to keep in touch with his classmates.

Lammers attended to Iowa State University, receiving a scholarship for the winter and spring quarters. He enlisted in the Marine Corps in December 1965, before graduating from ISU in 1966 with a bachelor’s degree in English and speech. On August 12, 1967, he married Patricia Paul, who would become his widow only one year later.

Following officer’s candidate school, 1st Lt. Lammers was sent to Pensacola, Florida, for flight training. He graduated from the Florida base in November 1967 and went to Vietnam as a helicopter pilot in March 1968. His tour officially began one month later on April 1.

Lammers’ final flight was on August 24, 1968. The crew was on an aerial resupply mission in support of the U.S. Marine forces involved in Operation Mameluke Thrust in the Republic of Vietnam. Lammers was co-pilot in the CH-46 helicopter. As the aircraft was departing a combat area landing zone, it received heavy damage from enemy small arms fire. The pilot attempted to land, but the aircraft became uncontrollable and crashed. An escort helicopter landed immediately to aid the survivors, but was unsuccessful. Lammers died on impact. He was 24 years old.

Lammers earned several air medals for aerial combat missions against the enemy, and his name is engraved on the veterans' wall in the courtyard of the Winnebago County Courthouse in Forest City. He was posthumously awarded an Air Medal for his achievement in aerial flight, and the Purple Heart, which was presented to his wife. He is buried at Corydon Cemetery in Corydon, Iowa.

When Lammers was honored a few years ago at a Memorial Day service in Forest City, many of  his classmates and friends attended, sharing fond memories and stories of their years together. 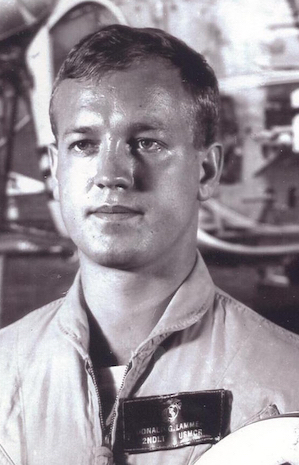