AMES, Iowa – Systematic mosquito surveillance conducted by Iowa State University entomologists last year found no evidence that the two species most associated with Zika virus have established themselves in the state.

The ISU Medical Entomology Laboratory oversaw mosquito trapping in 15 counties across Iowa. The traps collected a total of 175,928 mosquitoes between May 3 and Oct. 4, 2016, and not a single specimen of Aedes aegypti or Aedes albopictus, the two species known to transmit Zika, was found in the various traps used for surveillance.

“It doesn’t appear that they’re here, but there’s no closed door keeping them out,” said Ryan Smith, an assistant professor of entomology who leads the laboratory. “We’re trying to answer the questions of if they’ll get here, and, if so, when?”

The laboratory expanded trapping in the southernmost row of Iowa counties last summer due to Zika concerns with Zika and because Aedes albopictus has been confirmed in Missouri. Smith said the lab would like to heighten its presence in eastern Iowa in the future, due to the species’ appearance in Illinois as well.

A pool is a set of mosquitoes belonging to the same species and trapped at the same location in a given week. More than 1,000 such pools were collected in 2016 and sent to a laboratory where they were tested for West Nile virus.

“West Nile has a cyclical pattern,” Smith said. “Every three years or so you see an outbreak. As of now, we don’t exactly know why.”

Smith said high temperatures and drought conditions in mid-August often coincide with increased infection rates. Most of the West Nile-positive pools originated in Story and Polk counties, which are some of the most heavily trapped counties in the state, he said.

The final report on the laboratory's 2016 mosquito surveillance is available here. 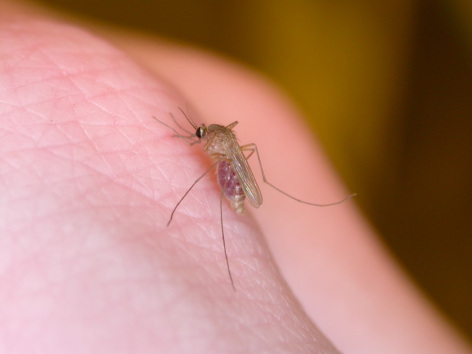 ISU mosquito surveillance in 2016 found no evidence that Zika-associated species have established themselves in Iowa, but West Nile remains a concern in the state. Larger image.

Mosquito surveillance efforts led by Iowa State University in 2016 found neither of the two species associated with the transmission of Zika virus. West Nile virus appeared more frequently in 2016 than it did in 2015.

“It doesn’t appear that [Zika-associated species are] here, but there’s no closed door keeping them out. We’re trying to answer the questions of if they’ll get here, and, if so, when?”