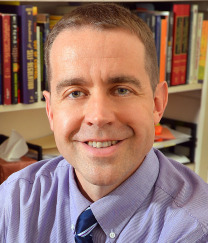 AMES, Iowa – It’s a figure of speech many of us have likely said during an argument or frustrating situation without really meaning. For a small percentage of the population though, the phrase, “I could kill you,” is not so meaningless, according to new Iowa State University research.

Matt DeLisi, an ISU professor of sociology and criminal justice, says identifying criminal offenders with homicidal ideation – thoughts of committing deadly violence, regardless of action – could change how we sentence and treat some of the most serious offenders. In a paper, to be published in an upcoming issue of the American Journal of Criminal Justice, DeLisi and his colleagues with U.S. Probation found that offenders who exhibit homicidal ideation were more likely to commit a variety of serious crimes.

Surprisingly, prior research shows many people have homicidal thoughts or fantasies (as many as 79 percent of men and 66 percent of women in a 1993 survey of university students), DeLisi said. It becomes a problem when those thoughts progress to contemplating situations in which homicide is appropriate, forecasting consequences of murder or simulating the act of killing.

“For most people, the thoughts are short-lived and related to a dispute. They may think about killing someone instantaneously, but once they cool down they’re OK,” DeLisi said. “For correctional clients, it’s part of their emotional life. They have a lot of anger, hostility and psychopathology. They think people are out to get them and they’re very aggressive, so some of these severe offenders contemplate homicide.”

DeLisi says only 12 percent of offenders included in the study had evidence of homicidal ideation. While it is a relatively small percentage, DeLisi says it’s a strong indication of criminal behavior. This group was responsible for a majority of most severe crimes, such as murder, kidnapping, assault and armed robbery. The study found these offenders committed their first crime at age 14 on average, amassed nearly three dozen arrest charges and nearly 20 convictions, were imprisoned nearly five times and repeatedly violated probation and parole. These totals were significantly worse than offenders who did not experience homicidal ideation.

Thoughts may start in childhood

This is one of the first criminological studies to look specifically at the relationship between homicidal ideation and criminal behavior. Most of the existing research focuses on homicidal thoughts that stem from taking certain medications. DeLisi says their results reflect what he experienced working in the correctional system, while earning his Ph.D. He recalled the case of a 19-year-old convicted of murder in a hate crime and sentenced to life in prison.

“What struck me was that when this man was three and four years old, he was making homicidal statements directed toward his mom and in general,” DeLisi said. “Homicide offenders will have these pervasive thoughts and feelings about killing even in early childhood.”

DeLisi and his colleagues found similar examples in the data analyzed for the study. They looked at psychological and presentencing reports for 863 clients on federal supervised release to assess homicidal ideation. The majority of the sample were white men, and the most common conviction offense was distribution of methamphetamine.

Researchers controlled for several factors including gender, race, intermittent explosive disorder, antisocial personality disorder, conduct disorder, schizophrenia and age of arrest. DeLisi says this is important as it shows homicidal ideation is not a byproduct of other conditions and stands alone as an explanation for these crimes.

It’s been shown that 5 to 10 percent of offenders commit half of all crimes, DeLisi said. They also account for 60 to 100 percent of the most severe offenses, including crimes of violence and violence against law enforcement and corrections officers. Identifying these chronic offenders can have a significant impact on protecting the public from further crimes because probation officers can assign additional treatment and monitoring to these cases.

Knowing who these chronic offenders are can also help probation officers safely conduct home and community contacts, DeLisi said. For example, based on this research, federal probation officials could require two or even three officers, rather than one, to visit offenders with homicidal ideation. Supervisors could assign these high-risk cases to their most senior officers, including mental health specialists, to ensure experienced oversight.

The findings also have implications for criminal justice and sentencing reform. DeLisi says most of these offenders are psychopaths who are unlikely to be rehabilitated without sustained, intensive treatment. However, treatment is often unsuccessful because of the time and resources required. DeLisi explained that most offenders don’t have insurance, and often fail to maintain their medications once they’re released from prison. The best option is for judges to mandate mental health treatment, including medication coupled with intensive supervision that puts officer safety at the forefront, he said.

“It’s important to understand these offenders because they commit so many more severe crimes, which allows you to do more from a policy perspective,” DeLisi said. “Many of these offenders should probably never be released from confinement, and we may need to rethink sentencing guidelines for these individuals.”

DeLisi believes these offenders may require a “containment” approach used to supervise sex offenders in the community, with the premise that protection of society, not rehabilitation of the offender, is the prominent goal. He says the collaboration with U.S. Probation also identified low-risk offenders who may do better with community-based supervision or sanctions, instead of prison. The team is currently conducting research on the lower-risk group of offenders.

It's something many of us may say in anger, but don't really mean. However, for a small percentage of the population homicidal thoughts are very real. Matt DeLisi, an Iowa State University professor of sociology and criminal justice, says identifying criminal offenders with homicidal ideation could change how we sentence and treat some of the most serious offenders.

DeLisi has also written a new book that explores how psychopathy relates to crime. Learn more about his book here. 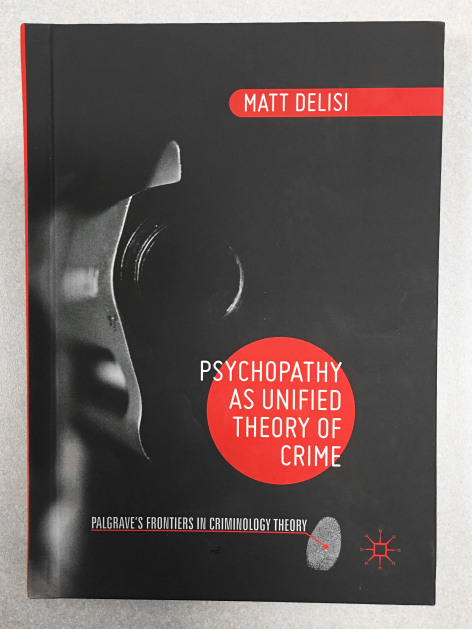