Unseen role of the first lady is why the position remains important today, says ISU professor 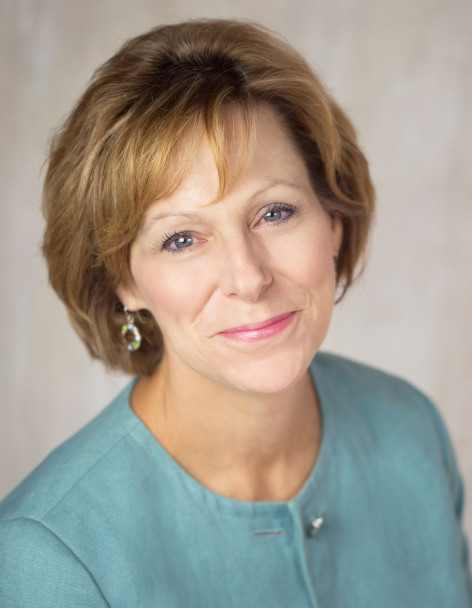 AMES, Iowa – First ladies are often defined by the causes they champion, but they also play a vital role the public rarely sees, says Stacy Cordery, an expert on first families and a professor of history at Iowa State University.

“First ladies essentially grease the wheels of state. People who say we should do away with the Office of the First Lady don’t understand its historical significance,” said Cordery, author of “Alice: Alice Roosevelt Longworth, from White House Princess to Washington Power Broker,” and bibliographer for the National First Ladies Library.

Several political reporters and pundits have suggested eliminating the office after it was announced that Melania Trump would not immediately move to the White House. Cordery expects the first lady will eventually move – partly because of public pressure – but until then a surrogate could fill the role. There are many examples throughout history, although typically when a president was widowed or single, of daughters or other female relatives taking on that responsibility.

A surrogate would be preferable to no one filling the position, said Cordery. She added that not having a first lady to maintain the social aspects of the office would be highly problematic. First ladies work behind the scenes to assist their husband’s agenda, she said, by overseeing plans for dinner parties and other social engagements. They can influence guest lists and seating arrangements in the president’s favor.

“People are right when they say, ‘You don’t need a first lady to pick out the flowers or the china set.’ The staff can make those decisions,” Cordery said. “However, the staff person is not going to have the insight or intimate knowledge of the president’s politics and relationships like a first lady, who can massage or handle the situation.”

Cordery also makes the case that these face-to-face interactions, whether at a dinner party or the opera, positively influence the level of civility between the two parties as well as between lawmakers and the president. These interactions are not as common as they once were, and Cordery says that is not necessarily a good thing.

There is plenty of speculation about Ivanka Trump’s role in her father’s administration. It would make sense for her to serve as a surrogate for the first lady, Cordery said, but if Ivanka fully embraces and enjoys the position, that could get messy if and when Melania Trump makes the move to the White House. However, Ivanka’s relationship with her father, as well as her involvement in his campaign, make her a natural fit for the position, Cordery said.

If that happens, there are several questions about how she would use her influence in such a role and whether she would take on a social cause like many recent first ladies. Cordery says any first lady or surrogate must find the right balance between her cause and the president’s politics and his party. She has doubts as to whether Ivanka is a true believer in the causes she discussed on the campaign trail, or if her efforts were intended to improve her father’s image.

“Ivanka could be a mold-breaking first daughter,” Cordery said. “She’s young, she’s smart and good at what she does, but what would she do? Ivanka is not going to wander the halls of the White House and pick out slipcovers. Will Ivanka use the role as first lady as a bully pulpit, as other first ladies have done, and espouse some kind of a cause? And will that cause reflect her father’s party’s ideologies?”

There are similar questions about how Melania would embrace the position. Cordery says the idea of Melania taking on cyberbullying as a cause was “torpedoed from day one.” The president-elect’s use of social media would make it difficult for the media and public to take the first lady seriously. Cordery advises finding an issue that won’t be subject to criticism because of her husband’s behavior.

Not only will it be important for the first lady to find the right cause, but Cordery suspects Melania’s image will suffer if she doesn’t embrace her role.

“There are a lot of Americans who are unhappy that we have a first lady who was not born in the U.S.,” Cordery said. “The longer Melania stays away from the White House, the more un-American it’s going to look, particularly to those Americans who are used to traditional first ladies. Public pressure will force her there as well as her own understanding of and appreciation for how she can contribute.”

First ladies are often defined by the causes they champion, but they also play a vital role the public rarely sees, says Stacy Cordery, an expert on first families and a professor of history at Iowa State University. That behind-the-scenes role is why Cordery says the position is still important.

“People are right when they say, ‘You don’t need a first lady to pick out the flowers or the china set.’ The staff can make those decisions. However, the staff person is not going to have the insight or intimate knowledge of the president’s politics and relationships like a first lady, who can massage or handle the situation.”