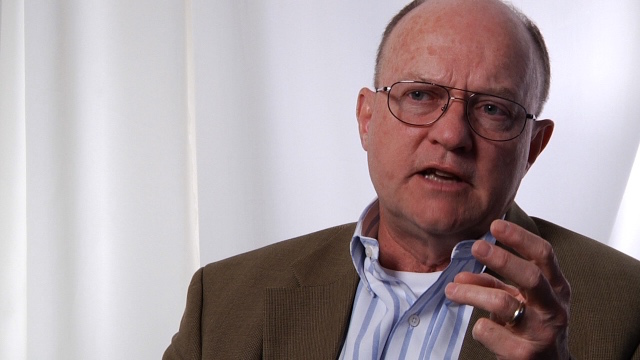 Retired U.S. Army Col. Lawrence Wilkerson will present "Redefining Global and National Security" at 8 p.m. Wednesday, Feb. 15, in the Memorial Union Great Hall. His talk is part of the university's World Affairs Series, and is free and open to the public.

Wilkerson is the Distinguished Visiting Professor of Government and Public Policy at the College of William & Mary. He was Secretary of State Colin Powell's chief of staff from 2002-05, and associate director of the State Department's policy planning staff under Ambassador Richard Haass. During his 31 years in the U.S. Army, Wilkerson served as deputy executive officer to Gen. Powell when he commanded the U.S. Army Forces Command, and special assistant when Powell was chairman of the Joint Chiefs of Staff.

Wilkerson served in the Vietnam War, Korea, Japan and Hawaii. He was a faculty member of the U.S. Naval War College, and director and deputy director of the U.S. Marine Corps War College. Wilkerson's many honors include the Distinguished Service Medal with Oak Leaf Cluster, the Legion of Merit, the Distinguished Flying Cross, and the Bronze Star. At the Department of State, he earned the Secretary's Distinguished Service Award, as well as two Superior Honor Awards.

Wilkerson is a frequent speaker to groups around the country and has been a television guest of Stephen Colbert, Bill Maher, Rachel Maddow and Wolf Blitzer. His writings have been published in national magazines and newspapers. Wilkerson has appeared in several documentaries, including "Taxi to the Dark Side" and "No End in Sight."

Wilkerson's talk is co-sponsored by the Department of Political Science, World Affairs Series and the Committee on Lectures, which is funded by Student Government.