'The Charleston Syllabus' co-editor will discuss race and racism at ISU Feb. 20 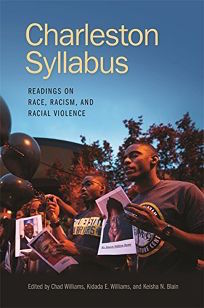 AMES, Iowa -- After the killings at a historic black church in Charleston, South Carolina, in June 2015, social media erupted with people trying to make sense of the tragedy. The Twitter hashtag #charlestonsyllabus quickly became their top resource. The bibliography linked to scholarly works on the tumultuous history of race relations and racial violence globally. One of the creators of the syllabus and the book that followed will speak at Iowa State University.

Keisha Blain will present "In the Shadow of Charleston: Reflections on Race, Racism and Racial Violence" at 7 p.m. Monday, Feb. 20, in the Memorial Union Great Hall. Her talk is free and open to the public.

Blain is a visiting research scholar in the Department of Africana Studies at the University of Pennsylvania and a faculty member in the University of Iowa's Department of History. She is co-editor (with Chad Williams and Kidada Williams) of "The Charleston Syllabus: Readings on Race, Racism and Racial Violence," a collection of 66 readings about African-American life that shed light on the tragedy of the church shootings.

Blain's presentation is co-sponsored by the African and African American studies program and the Committee on Lectures, which is funded by Student Government. 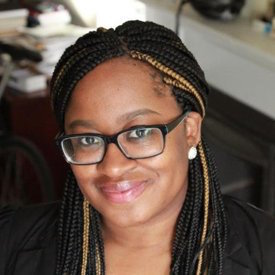 "In the Shadow of Charleston: Reflections on Race, Racism and Racial Violence"