AMES, Iowa – An Iowa State University scientist outlined in recently published research how an invasive species of snake is affecting the regeneration of trees on the island of Guam over a span of decades.

Haldre Rogers, an assistant professor in the ISU Department of Ecology, Evolution and Organismal Biology, studied how the introduction of the invasive brown treesnake to Guam has indirectly impacted forest trees on the island.

Rogers’ findings, published this week in the peer-reviewed academic journal Nature Communications, show the potential for invasive predators to cause easily overlooked yet pervasive consequences as a result of extinguishing species that are important for the regeneration of plant species.

The brown treesnake first appeared in Guam, a U.S. territory in the western Pacific Ocean, after World War II. It’s believed the snake may have stowed away on U.S. military cargo ships. The snake, which has no natural predators on the island, quickly drove 10 of the 12 forest bird species in Guam to extinction and drastically reduced the remaining two species. Nearly all the jungles on Guam are silent today, with scarcely a hint of birdsong, Rogers said.

That process has been well documented, but Rogers said little is known about the other effects the brown treesnake has had on Guam’s forests.

Rogers said five of the bird species driven from the island were frugivores, or fruit eaters, that helped disperse the seeds of around 70 percent of the forest trees.  Without these birds to spread seeds, Rogers suspected those tree species would have difficulty reproducing.

From 2009 to 2010, she put out seed baskets in the jungle on Guam and three nearby islands to collect seeds of two fleshy-fruit tree species and compared the patterns between islands with birds and Guam.  The findings show that seeds on Guam fall directly underneath the parent tree, while the seeds on nearby islands are moved throughout the jungle by birds.

Finally, Rogers and her research team demonstrated that seeds and seedlings are less likely to germinate or survive underneath parent trees. All these impacts combine to show that loss of frugivorous birds from Guam leads to a 61 to 92 percent decline in seedlings for these two tree species.

“It’s a less obvious impact than losing all the birds because the change in the plant community is gradual, but Guam is becoming an increasingly different forest now that it has lost all of its frugivores,” Rogers said.

She said indirect impacts on plants caused by invasive predators can be difficult to measure because most places haven’t experienced complete extinction of important plant mutualists. Guam provides a unique case because of the complete absence of birds in the forests.

“You couldn’t conduct an experiment to demonstrate how birds affect dispersal and tree regeneration because you can’t experimentally keep birds out of large areas,” she said. “But the situation on Guam provides a unique accidental experiment. It’s the only place in the world that has lost all frugivores. The difference between Guam and nearby islands is stark, which makes it an extreme example, but these sorts of changes are likely happening to some degree all over the world. 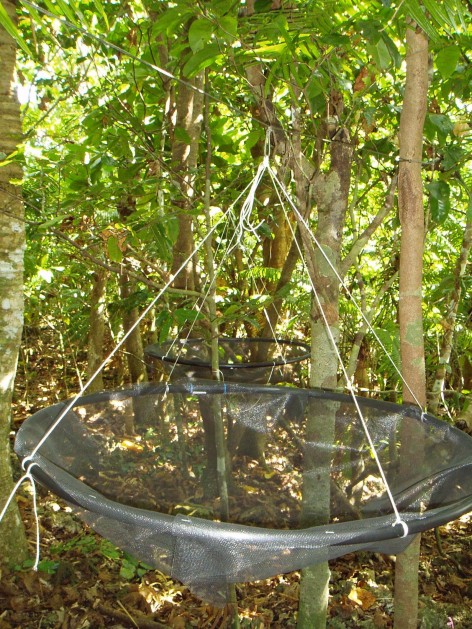 A new study from an ISU scientist shows the indirect impacts invasive species can have in an ecosystem. The study focused on the brown tree snake, whose introduction to the forests of Guam has led to difficulties for local tree species to reproduce.

“It’s a less obvious impact than losing all the birds because the change in the plant community is gradual, but Guam is becoming an increasingly different forest now that it has lost all of its frugivores.”