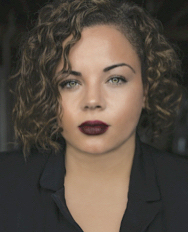 AMES, Iowa -- An Iowa State University alumnus and filmmaker will premiere her new documentary about sexual violence during a presentation at Iowa State.

Vanessa McNeal will present "The Voiceless" at 6 p.m. Monday, March 27, in the Memorial Union Great Hall. A discussion will follow the hour-long film. The free and public event is in recognition of Sexual Assault Awareness Month in April.

"The Voiceless" features stories of five men who have experienced sexual violence. The documentary explores taboos, stereotypes, intersectionality and the impact sexual violence has on male survivors. Following the showing, men featured in the film will join a discussion about ways to support male survivors.

McNeal is a 2015 Iowa State alumna in child, adult, and family services, and a graduate student at the University of Northern Iowa. "The Voiceless" is her third film, following "We are Survivors" and "I Am," which details her own story and experiences of eight others with child abuse and sexual violence.

"The Voiceless" was co-produced by PLVTO Productions and funded by the Iowa Board of Regents, Heart and Solutions Counseling Agency, the Center for Violence Prevention and the UNI Office of the Provost.

The presentation is co-sponsored by ACCESS, SART (Story County Sexual Assault Response Team), the department of human development and family studies and the Committee on Lectures, which is funded by Student Government.